Verizon's PR department offered up some hilarity today, but this joke requires a bit of setup. First, just a couple of days ago, T-Mobile's outspoken CEO, John Legere, kicked off a new Twitter ad campaign in the hopes of igniting a flame designed to bash Verizon. It was called #NeverSettleforVerizon, but it actually backfired in a spectacular fashion (as some of these "trash the competition" campaigns sometimes do).

Instead of garnering more support from T-Mobile fans, the ad campaign inflamed a much larger swath of Verizon fans who quickly lambasted T-Mobile's attack ads, filling up the Twitter airways with vitriol for T-Mobile's poor sportsmanship and weaker network. The ad campaign was even more of an epic failure because T-Mobile had spent nearly $200,000 USD in order to push the ad campaign to the top of the Twitter rankings.

So, that's the setup. Here's the punch-line... Verizon came out with a hilarious Twitter reply which basically trolls T-Mobile in the harshest possible way. As you can see in the image above, Verizon's response was to share a comparison metaphor in which they liken T-Mobile's network to going outside with only half an umbrella (obviously referencing the fact that Verizon's network covers much more of the nation than T-Mo does). Verizon finished it off with the statement, "Honored to provide you with the coverage you deserve. #NeverSettle for less than the best."

Say what you will about Verizon, that's funny. I liked T-mobile's service and plans, but not the coverage when I had them. Good to see the outspoken company get poked back by a competitor.

T-mobile has to know that when they open their mouths and have an epic fail.. They're going to catch flak about it lol..

i dont miss verizon at all. switched just over a year ago. T-mobile has better service in my town, verizon uses get biled for roaming in mexico constantly. and i deployed recently, so nice having my data and texting (in almost) every country i will be this deployment.

I love all the corporate bad mouthing, I love my unlimited LTE more .

Always fun to watch companies compete with aggression. I'm switching from verizon to T-Mobile in a few hours. They have great service all around my area. Lte can't wait for 700mhz

T-Mobile is terrible in my area. Hope that it works out for you.

OBTW. T-Mobile is not really unlimited. You only get a certain amount of unlimited 4G then it goes down to 128Kb/sec. That is dial up speed. Or you can pay $80/month for truly unlimited data but the catch is you have to be on a T-Mobile network. For example, here are all the towers in Virginia 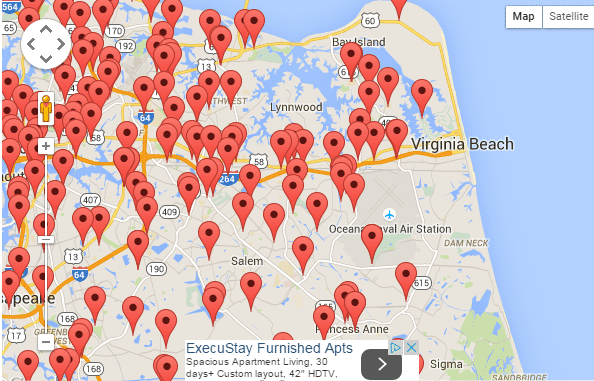 Here are just the T-Mobile towers 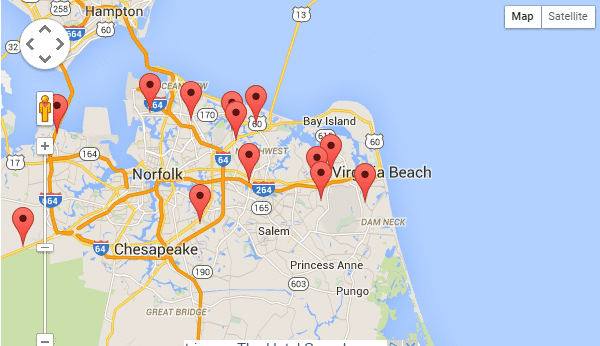 I live where it says Princess Anne. You can see the name very easily because it is not covered up by T-Mobile towers. So, my chances of getting T-Mobile coverage where I live: Slim to none and Slim just left town.

Hope it works out for you. Looking for an update when you get a chance.
Last edited: May 22, 2015

Tmobile is truly unlimited. As a whole we are clocking over 70GB over 4 lines a month. Sometimes more sometimes less. Never have we been throttled.

It is unlimited LTE if you have the proper plan.

I've also been using it while traveling around the world. Free.

I was on the 1GB plan , with unlimited 2G, and found the 2G to be totally acceptable for emails and such, the only "slow to load" being videos and what not. It was still better than I had with Verizon because it was solid with no drops or stutters. I found Tapatalk to be about the same speed as my dsl connection, totally acceptable because I was already used to waiting a couple of seconds for photos to load.

I will definitely update this thread after 24 hours and after a week or so of use. They're rolling out the 20x20 700mhz band soon in my area. I can't wait.
I got the truly unlimited plan though 80 bucks a month on two lines.

Sent from my iPhone 6 Plus - 64 GIG (Space Grey) using Tapatalk (lifeisablog.com)
You must log in or register to reply here.