I Want You! Says a Law Firm Regarding Apple's Error 53. 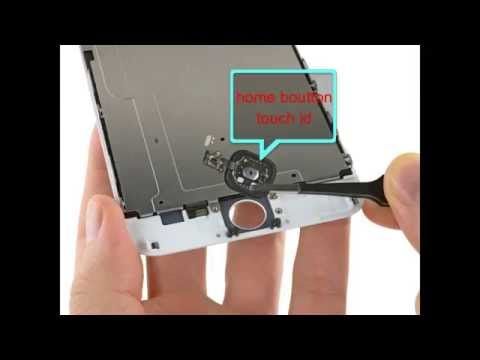 ​
Last week we discussed an error popping up on all iPhones that had the home button and touch ID replaced by a third party. Error 53 is triggered when iPhone users attempt to accept an update. Security checks if the iPhone's touch id senosr matches the other devices components. If that part was replaced by a repair company other than Apple the phone's data is wiped and bricked. The only fix is to buy an all new phone.

This seems to be very wrong. While Apple insists this is a measure to protect the consumer, there are others who would like to take a stand against this practice. On one hand you could see a security issue in allowing the home button to be replaced if changing the hardware would actually mean the fingerprint data in the phone was erased. This is not the case, its not like a thief could take your phone to the local repair shop and just have the fingerprint scanner replaced in order to gain access.

The whole idea of not being able to make repairs on something that 100% belongs to you just doesn't sit well with many consumers. There is a law firm who either is pretty good at sensing dollar signs or really wants to help iPhone users who were forced to buy a new iPhone from this error. If you received the Error 53 that bricked your iPhone there is a form you can fill out to apply for the class action lawsuit. Head to the link below to do so.

Just ANOTHER thing to add to the list of dumb crap Apple comes up with. How STUPID of a business decision could you possibly make? Its THEIR hardware. Dont they know HOW it works?

There are some EU countries and Australia that want to also file suit against Apple. They have laws in place to protect customers and some are saying that Apple has deliberately gone against that law.

In the UK, a barrister told the Guardian that Apple’s “reckless” policy of effectively killing people’s iPhones following the software upgrade could potentially be viewed as an offence under the Criminal Damage Act 1971. The act makes it an offence to intentionally destroy the property of another.

While you can look at this whole thing from 20 different angles, it does seem plausible that this law could come up against Apple in court. You could argue that Apple didn't exactly do this because it was the users who went to a 3rd party repair shop to get the items fixed. It's 50/50 in my book on how that would play out. But the fact that the phones are being bricked and all property that is on those phones is also destroyed if not backed up and you cannot ever get that information back, it could be argued that way also.

Regardless of how the entire thing gets looked at, one thing will be sure to come to light. As many point out this is technically your device, so what protections do you have for using a 3rd party repair shop. I completely understand that it would void the warranty of the phone by doing this, but in my book it should never be allowed to basically brick the phone to where you cannot ever use it again, that is tantamount to destruction of property. No matter how Apple looks at this case, the reputation of their product is going to be tarnished some. The fact that 100's to 1000's of peoples phones no longer work, and all the files that they had on them, if not backed up were destroyed, just doesn't sit well with me.

With More MFG putting Fingerprint Sensors on their Devices, one would only hope that they see what Backlash Apple is getting and not Dare follow this trend.
You must log in or register to reply here.

An iPhone Class Action Suit Is in the Works