​
Have you ever wanted to give virtual reality a try? The technology is really beginning to take off. OnePlus has even decided to launch the OnePlus 2 via Virtual Reality. There are many ways to try out VR. You could pay $600 for a beta version of a full on headset like Oculus, or you could pay $200 for a peripheral like the Galaxy Gear VR for your Galaxy S6 or Note 4. There are a few more affordable options where you can buy some premade cardboard VR headsets for about $25, you could even build your own with Google's blueprint and a pizza box!

Today an adult entertainment company is actually sponsoring a free VR headset. While I may not support the sponsor I'll be more than happy to snatch up a free premade Google Cardboard VR headset! This deal has gone viral and in less than 24hours more than 10,000 sets have been ordered. My order was placed on back order and according to FreeVRGoggles mine will ship in about 3-4 weeks! Head to the link below to order yours, and you may want to do so quickly before they shut this down.

Got one free from Conan. Pretty cool. Watched some YouTube videos of concerts. You can stand on stage and turn to look at the band or the audience. Can't say I'd pay for the tech at this point. Definitely wouldn't pay much, but its a sweet proof of concept.

Only small drawback to the one I got is there's no magnet for selecting. There's a hole in the bottom that you stick your finger in to tap the screen. Does the same thing & it was free. Mine also doesn't have a cutout for the camera & it was tricky to latch the Velcro on top without turning my Note 4 off until I got it broken in a little. 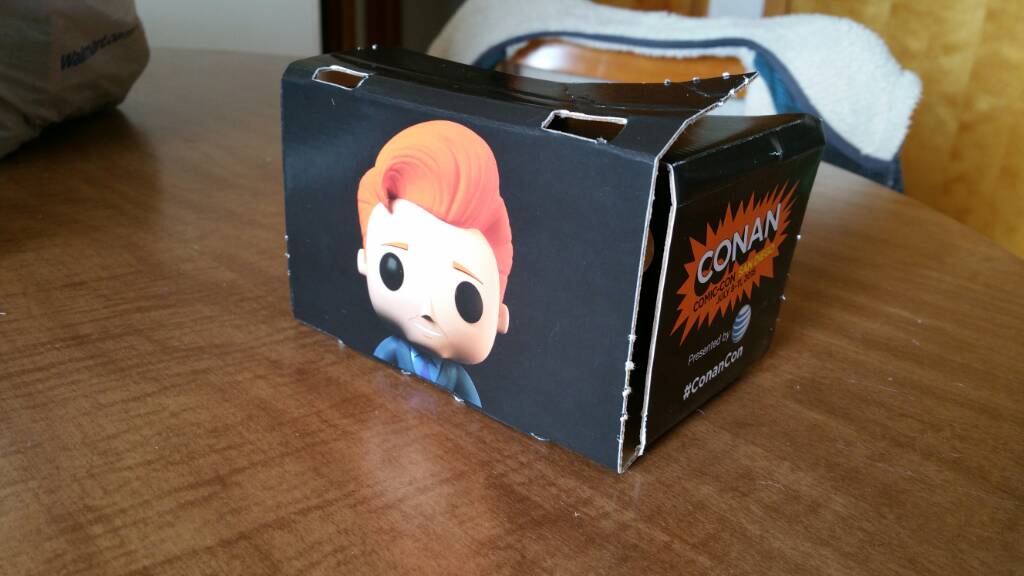 Are these the ones that fit the Nexus 6

Mine was made by dodocase I believe & just barely fit my Note 4 with a pretty slim case.

That's the beauty of cardboard. Bend it just right & it can accommodate a larger phone.

I actually bought a set a few weeks ago for my Nexus 6 but I signed up for a free one for my wife's S6.

I actually have one from when Insurgent came out and the N6 fits very awkwardly, but hey, this is free and I'm willing to give it another shot.
You must log in or register to reply here.

Vive and Oculus Games Can Be Played On Google Cardboard