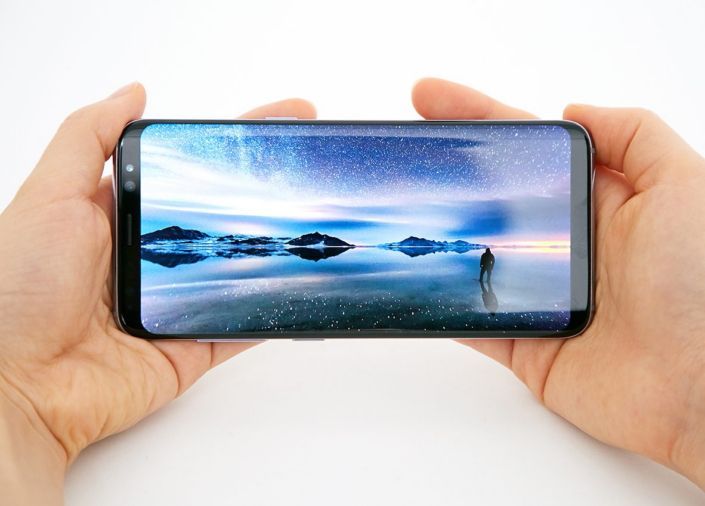 The Samsung Galaxy S8 may not be perfect with it's uncomfortably placed fingerprint scanner, face detection that can be tricked, and the fact that it is a bit overpriced. However the biggest change to the Galaxy lineup with the Galaxy S8 may be one of its very best features. The Infinity Display on the Galaxy S8 was just awarded the best screen ever by display rating authority Display Mate. They gave the display a rating of A+ which is their best display ranking ever.

They deemed the display the "most innovative and high performance smartphone display ever tested". Factors that contributed to this rating include the largest native color gamut, highest peak brightness, highest contrast rating in ambient light, highest contrast ratio, lowest screen reflectance, and smallest brightness variation when viewing at an angle. This coming from the 2960x1440 Super AMOLED 5.8" panel from the standard Galaxy S8. Is this incredible display enough to make you upgrade to the S8?

The screen looks great, looking forward to seeing what's to come for the Note 8.

Sent from my SM-G935V using Tapatalk

I think a flat screen would have been better for viewing, less reflections. I still don't get the fad with curved screens.

Anybody try the new S8?
You must log in or register to reply here.

Samsung Trademarks "Infinity Display" For The Galaxy S8 and S8 Plus

The Galaxy S8's WQHD+ Display Will Default To 1080P

New Galaxy S8 Reports The Inclusion Of An "Infinity Display".