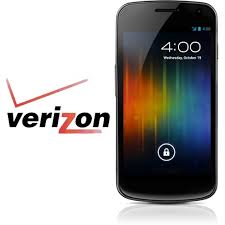 ​
I know I know, just because all the folks with GSM Galaxy Nexi are receiving the OTA from Google and get to play with the new Android 4.2 update doesn't mean that we get to... or do we? It was only a matter of time before the savvy developers would form a flashable version of the new update. We all know that Verizon has historically taken their ever loving time when it comes to sending out updates for the Galaxy Nexus. I don't know if they are just trying to assert their dominance over Google or if they are just trying to mess with our heads. Either way who cares. The update is available now for those who are unlocked, and have a custom recovery installed.

Upon the initial release yesterday of this Stock Rom by developer "Grouper" there were a handful of bugs, but he has worked hard to rid the Rom of all but one of those bugs. You will not be able to Restore your Google account on first boot. That's It! Everything else is working here and the Rom is pretty darned stable. It even has Root built in!

Of course if you are familiar with installing Roms this will be a pretty simple task for you. Download the Rom at the source link below. Boot into recovery, wipe data, wipe cache, wipe dalvik cache and install zip. Reboot and Enjoy!

Via Rootzwiki
You must log in or register to reply here.

Install Stock Android 4.2 JOP4OC On Nexus 7 Coming From Any Firmware!

4.0.4 Stock Rom Available for the CDMA Verizon version of The Galaxy Nexus!