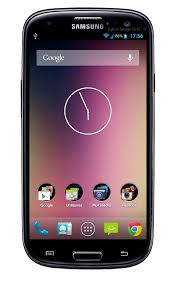 ​
There have been a few leaks of TouchWiz Jelly Bean for this device already, and also several 4.1.2 Jelly Bean custom Roms have been released. Now 4.2 from the Galaxy Nexus has been ported over to the Verizon Galaxy S III! It is currently in the testing phase as developer "themykel" does not even have the device in hand yet. The test builds have not been able to boot so far, but the Rom is building properly. I imagine we will see a bootable version of this Rom very soon! Check out the source thread to keep updated on the status of this new rom!

Im actually much closer to a working port.
OP

albinoman said:
Im actually much closer to a working port.
Click to expand...


Awesome! When its ready let me know and ill feature it
You must log in or register to reply here.

How to Install Jelly Bean on your Verizon Galaxy S III

[Rumor] Galaxy S III Getting Jelly Bean By End of Q3; SGS2 and G-Note Soon After