This Chart Should Scare The Bejesus Out Of Apple 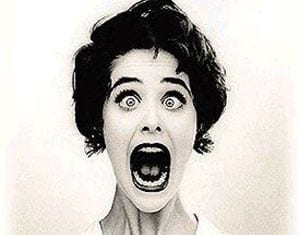 
And now diehard Apple fans can be forgiven for wondering if it’s deja-vu all over again.


So the first several acts of the play are playing out exactly as they did before. Which should leave diehard Apple fans wondering whether the next two will play out the same way:


Don’t scoff. Back when Apple introduced the Mac, no one would have given Microsoft a snowball’s chance in hell of toppling it. And look what happened.


The most important part of what’s happening now, as you can see in the chart below, is that developers are wholeheartedly embracing the Android platform. This is because the Android platform is rapidly building a global user base that rivals Apple’s in size. Eventually, the Android user base will be a lot bigger than Apple’s. And that’s where things could get dicey.
Yes, there’s a big difference between Android and Windows, which is that Android currently comes in a bunch of different flavors that reduce its chance of become a ubiquitous platform. But we suspect that flaw is addressable.


Apple fans want to believe that Apple can maintain its extraodinary profit growth merely by being a “premium” player–selling fewer devices than the Walmart of the smartphone world (Android) but maintaining a superior product and superior margins.
This is wishful thinking. There just aren’t that many premium buyers in the world. And the gap between the latest iPhone and the latest Android phones is closing.


All is not lost: Apple, too, can try to drive volume and market share and hang on to its current ubiquity. And perhaps it has enough of a lead that it can also hang on to a sizable share of the market.


But still: The chart below should scare the bejesus out of Apple. Because it suggests that it may, in fact, be deja vu all over again. (As you look at it, remember that, two years ago, Android was nowhere).

I dont know... did they have the zombie following they have now. Everytime apple builds a product they are guaranteed to sell 1.X mil. With all the advertising and lack of research apple will continue to sell a shid load of whatevers for years to come.
J

IMO Palm should be the freaking one!

sheep will follow the heard. But it is an interesting parallel.

@Johnly- If Palm had used better hardware and a different carrier (Verizon) for the Pre, they might have made a come back. WebOS is awesome and very innovative. I really hope HP goes full force with it.

How is Android inferior to iOS?

Stretch2m said:
How is Android inferior to iOS?
Click to expand...

Stretch2m said:
How is Android inferior to iOS?
Click to expand...

As much as people like to deny it, there are FAR more developers for iOS than there are for any other OS.
You must log in or register to reply here.

10 Reasons Why Android Is Making Google the Next Apple

Why Android Will Win the Mobile Platform War [PC Mag]

Is Apple on the ropes?
2

And the Survey says.. Android and HTC