The HTC 11 aka Ocean aka U Has Been Leaked! 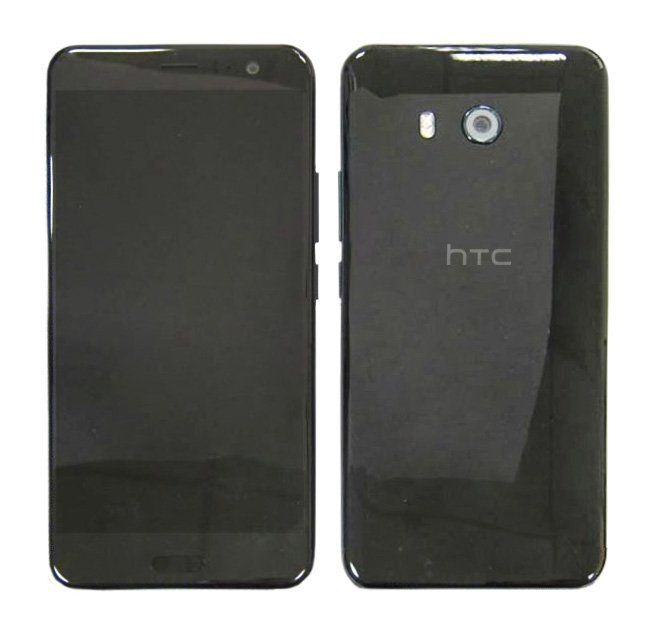 Earlier today we received a blurry image of an HTC phone leaked by well known leakster Evan Blass. His tweet simply said "U saw it here first". With the emphasis being the "U". While HTC released a "flagship phone at the beginning of the year it was not met with much enthusiasm. Most media outlets had complaints regarding the use of space in the HTC U Ultra.

HTC's real flagship this year has been rumored as the HTC Ocean, but is expected to release as the HTC U without the "Ultra" moniker. The leaked image today shows a similar design to what we saw on the U Ultra with the fingerprint scanner/home button being placed on the front. The phone in the leaked image also has large bezels especially when compared to the new flagships from LG and Samsung.

The phone will feature a touch sensor on the edge of the phone. It should feature a Snapdragon 835 from Qualcomm, 12MP IMX362 Sony sensor for the rear camera with a 16MP IMX351 Sony sensor on the front facing camera. There are expected to be 64GB and 128GB models both with microSD card slots for storage expansion. It will also feature a 5.5" QHD display. The phone is expected to launch near the end of April.

Give it a good battery and loud speakers and It's mine!!

Needs to be waterproof, include wireless charging to be considered flagship and be priced below $600 if they want to compete.
You must log in or register to reply here.

HTC Is Planning To Announce A New "U" Phone In April

HTC U 11 Specs Leaked Ahead Of Release

HTC U 11 To Feature Waterproofing According To Teaser?

HTC U11 Shows Up On GFXBench Ahead Of Announcement