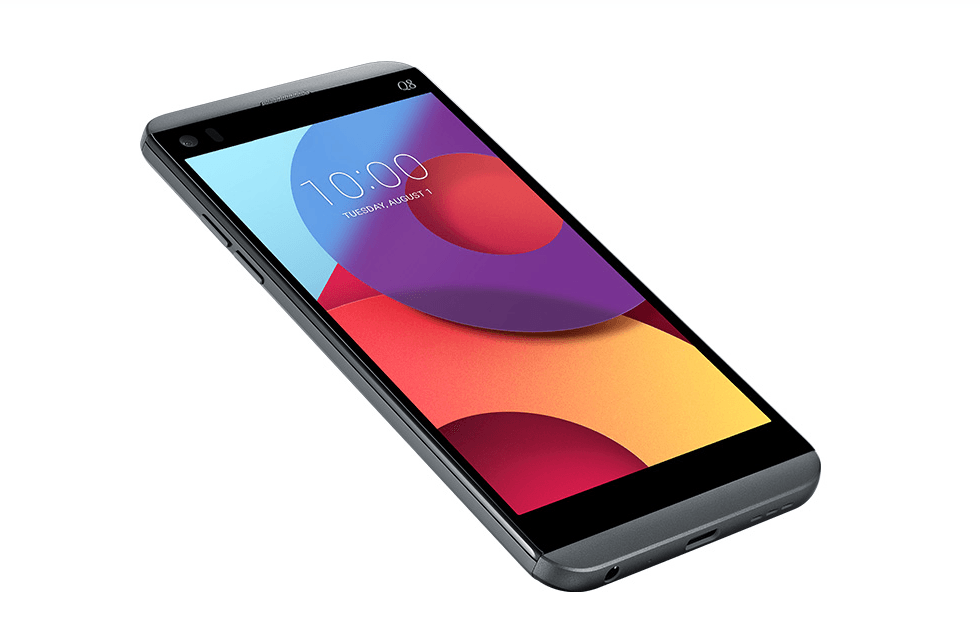 LG has just launched their latest edition to the Q lineup. The Q8 is essentially a smaller version of the LG V20. This new device features metal body build, dual camera setup, secondary display, and a 5.2" QHD display. The phone features an aspect ratio more similar to the LG v20 and is lacking the new 18:9 aspect ratio we have seen on the LG G6. This device has plenty of power under the hood and features a Snapdragon 820 CPU, 4GB of RAM, and 32GB of internal storage with a microSD card slot. Not only is the phone a bit smaller than the V20 counterpart it also features IP67 certification for water and dust resistance. This comes at the expense of a removable battery. The non user replaceable battery is 3,000mah compared to the V20's 3,200mah battery. The Q8 has a Hi-Fi DAC on board and runs Android 7.0 Nougat out of the box. For now we don't have any pricing information on the device. If the price is right this could be a great alternative to the LG G6!

looks like a pretty good phone if you don't want the extra large sizes
You must log in or register to reply here.