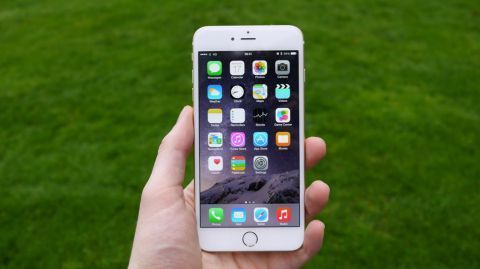 I always said it jokingly, but thought in the back of my mind that it was probably true, that Apple designs their products to self destruct. Most high powered PCs can be used for 5 years or more before you see them begin to slow down considerably. There are many of you that use Android phones for 3 or 4 years before considering buying a new phone. Android updates generally breath new life into their phones. The same can not be said for iPhone updates which generally tend to slow down phones and make their batteries die quicker.

It happens so routinely that many people with older iPhones assume that Apple does this on purpose to encourage users to buy newer iPhones. Apple has admitted that they are slowing down older devices. They claim it is actually to prolong the life span of these devices and not to encourage more sales. Apple's algorithm smooths out power strikes which are prevented by placing power caps on the phone. While Apple devices may get more frequent updates than some Android devices is it truly worth it in the long run if these updates are stiffing the power of the phone?

Don't we already have a News post covering this? Maybe I am confused, I know I read about this on this Forum somewhere.

Sajo said:
Don't we already have a News post covering this? Maybe I am confused, I know I read about this on this Forum somewhere.

Sent from my XT1650 using Tapatalk
Click to expand...

I didn't actually post it on the news section, I posted it in the non Android smartphones section. DMX actually wrote an article as the news articles gets mirrored to the Twitter page where my post will not.

Apple fanbois are all like "everyone does it, not just Apple". Really? My Turbo 2 battery life was bad towards the end. My phone never slowed down...

and the lawsuits begins...

Apple Being Sued for 'Purposefully Slowing Down Older iPhone Models'

My phones slow down just about the same time as a new releases...hmm I wonder why ? Usually they don't last more than a year ...

Why doesn't this surprise me? I have to admit that, surprisingly, my N5 and my son's G6 still work as well as my N8.

Sent from my SM-N950U using Tapatalk
B

To be fair, Samsung phones slow down after 6-7 months because of the built in Touchwiz.

​
Hey don't get mad Samsung fans I paid you a compliment. I compared you to Apple.

I see a bunch of disagree X's coming to this post from all those that own and love Samsung.

All jokes aside it is a jacked up process and sadly we knew manufacturers were doing this for a long time. We just passed it off as "we normally by new phones every 12-18 months anyway". Or we attributed it to the hardware being outdated.

I know I have always given apple the credit that they at least keep their devices updated and I would push aside when people in the past would say "my phone sucks now after the apple update".

For me I felt they were just upset because things looked different. But now I am seeing they had valid points and Apple should give older phones the option to have their batteries replaced for those who may not want to spend high end smart phone money for a phone every 18 months.

I wonder how this will effect business customers as many corporations still use the iPhone 5 and SE as their company phones. That is where they could fair to lose the most money and where a company can swoop in with the removable batteries with constant updates.

Blackberry, wake up, this is your chance, don't blow it.

Uhh they already blew it by not having a phone on deck.

do you have a source for the samsung slowdown?

actually my note 5 seemed to speed up after a year and a new update never used touchwiz.

me just sayin said:
do you have a source for the samsung slowdown?

actually my note 5 seemed to speed up after a year and a new update never used touchwiz.
Click to expand...

Yes, Personal use. My last Samsung was the Note 5 and I had it maybe 2 months before I couldn't take it anymore and bought my Nexus 6P and gave away my new Note 5 to my bro.

My bro loved it and was hoping I would do the same with the note 8.

That's unfortunate pc although I can only compare mine to previous phones & to my sons' G6, iPhone 6 and Moto . All phones are over two years old and the only one that is screaming to be upgraded is the iPhone 6. My N5 still runs very smooth and is just as responsive as my N8. Never had any lag. The battery doesn't last as long as it once did. It used to last 12 hours easy but now it's usually only 8-10 hours. I admit that I did do an fdr for most updates.

Sent from my SM-N950U using Tapatalk

pc747 said:
Yes, Personal use. My last Samsung was the Note 5 and I had it maybe 2 months before I couldn't take it anymore and bought my Nexus 6P and gave away my new Note 5 to my bro.

My bro loved it and was hoping I would do the same with the note 8.

I only had one problem with my note 5 that I could not solve. it would freeze a few seconds at times and I would think I was holding it too tight. but since it did not happen that often, I learned to live with it but that is for another thread...

Though I clown the Samsung phones I still give Samsung its due for making a strong comeback with the Note 8. And what better way to make a comeback and make people forget about the fiasco last year than by having the best android phone of 2017. Though Google Pixel 2XL was my choice, the display issues is what knocks it back from being the top dog.
You must log in or register to reply here.