is there any application or site that allows droid users to watch world cup games live for free? 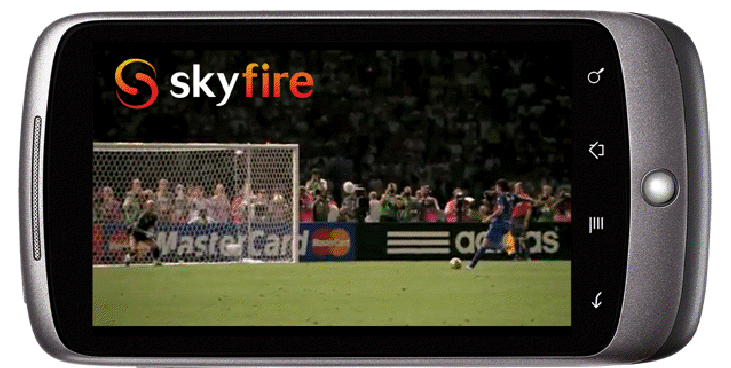 ​
Skyfire, makers of the Flash-video enabled mobile browser for Android, Window’s Mobile and Nokia smartphones, is allowing football fans to get their fix with the ability to watch the 2010 FIFA World Cup live on their mobile devices.

By accessing Univision Football at http://futbol.univision.com via Skyfire, fans of ‘the world’s game’ can watch as 32 countries compete to be crowned champion of the largest and most respected international tournament on the globe. Skyfire users can also enjoy World Cup and other sports highlights and commentary on thousands of other web sites that will be talking about the world cup over the next few weeks, for free.

Univision’s broadcast is free and requires no subscription like other services. Although commentary is in Spanish, Skyfire employees point out that there’s nothing like the announcer call of “Goooooaaaaalllll” on a Spanish language broadcast to put you in a football fever mood..
OP
B

I havent personally used it, so maybe someone who has can help ya better..
B

There have been som problems with the univision feed and skyfire, skyfire stopped working for me about at halftime of the US game today and stopped working after the early game yesterday. You can use ustream, download from the market. The proplem with ustream is generally most of the channels that say wc streaming are just ads for sketchy websites. Some of the feeds that work have really crappy feeds but you can still watch. Then some of the other channnels that have good feeds seem to go down at horrible times. Its a crap shoot but a good option when skyfire doesn't work with univision.

Sent from my Droid using Tapatalk
B

When skyfire works you will see a popup on the lower left side of the screen that you need to click, like I said its been finicky though. Direct link to the stream on univision http://futbol.univision.com/fifacopamundial/partidos-en-vivo

Also even if the popup occurs and it tries to stream you may run into an issue where it stops at 25% loading... its annoyinh but its the best quality I've found when it works

Sent from my Droid using Tapatalk
B

Right now univision and skyfire don't appear to be working, however there is a decent stream up on ustream and its in english too. The channel for the stream is named hggfhgfhgfhgfhgfhg its an espn feed

baaldemon said:
Right now univision and skyfire don't appear to be working, however there is a decent stream up on ustream and its in english too. The channel for the stream is named hggfhgfhgfhgfhgfhg its an espn feed

Sent from my Droid using Tapatalk
Click to expand...

skyfire and univision worked for me until it it started directing me to the mobile site instead of the full site. was going to futbol.univision.com and getting the links to watch the games now i bookmarked the actual page where the games are shown

like another poster said you wait for skyfire to pop up with the video and hit play or hit the menu and it will pop up sometimes it takes a couple refreshes to get the video.

stupid question here> how much does streaming a game eat away at the battery? i've had my phone for 3 days now and thats 9 games streamed and by the time the 3rd game ends (4pm - 4:30 est. if i'm lucky) my phone is DEAD. On top of the fact the inc doesn't have good battery life as it is
You must log in or register to reply here.

Adding a public google calendar to your droid