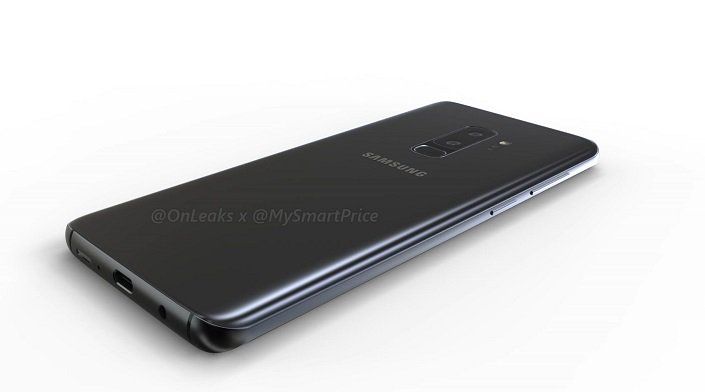 ​
One of the most infuriating things that Apple does with the iPhone and iPhone+ series is they add a second lens to the more expensive phone. This means you are forced to buy the larger phone to get the secondary lens. This kind of stinks for those who would prefer to not have to lug around a larger bulkier phone.

OnLeaks has released renders of the Samsung Galaxy S9+ which suggest that Samsung will be implementing this same strategy with the S9 and S9+. The S9 will have a single lens and the S9+ will feature a dual lens setup. This means that you will need to spend a bit more and lug around a larger phone to get the dual lens setup. I personally have never gone for the plus model of the S lineup because I prefer the "smaller" phone. If I wan't a larger phone I carry my Note. Other than the dual lens setup the S9+ will feature a larger display, and of course a larger battery. What do you think. Should Samsung copy Apple in this strategy to bring more features to the larger phone and leave out features on the smaller version.

While i agree this is kind of a terrible way of doing it, but sometimes it's also limited by the space inside for the smaller devices. If the smaller devices just don't have the space, it's impossible to add the extra camera setup to them without making them bigger, which might not be something that Samsung wants to do. It usually does then make users chose between the size of the device or the features that they may want on the phone and in many cases may have people get the larger phone because they want that "better" camera. With phone companies obsessed with making their devices as thin as they can, it creates a problem for trying to add new tech to them.

it really don't make a difference to me.
You must log in or register to reply here.

Would You Use A 4-Inch Galaxy S9 mini?