Photon 4G Bootloader Unlocked- The Bionic Could Be Next after it is Released! 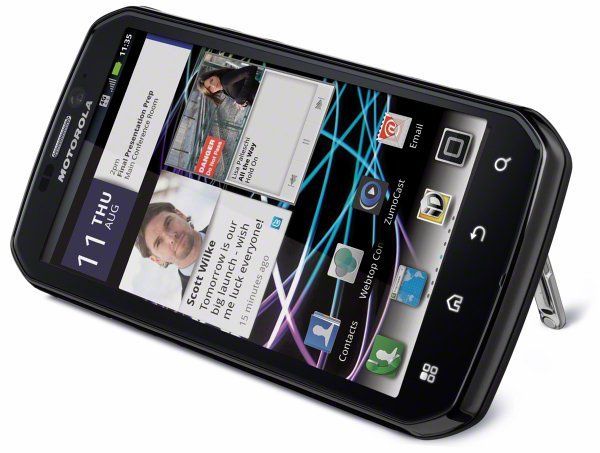 The Photon 4G’s bootloader has just been unlocked. What this could possibly mean, is that the DROID3, and even the Bionic have a chance of an unlocking. We need all the hard working developers we can get with an expected Bionic announcement sometime soon.

Great news!! That means the Bionic could be more popular if that's the case.
A

This is real good news, moto people should understand that every phone coming out would get hacked and just make it easier for us and them by having an unlock by choice feature.

Every one should check out Woodyman's post at Droid Concepts to Moto about unlocking phones. Then support his thread on the Moto website!

All the more reason to get a bionic on release day.

gmorgan056 said:
Every one should check out Woodyman's post at Droid Concepts to Moto about unlocking phones. Then support his thread on the Moto website!
Click to expand...

Honestly, not trying to be a Debbie Downer here, but honestly I don't think this will have any barring on the Bionic Bootloader. I think Verizon has ultimate say in the matter and they won't allow it.
J

The Atrix's was already unlocked before the Photon's. This is a good sign for the rest of Motorola's phones from this year. But like the above post said....Verizon might be the wild card. But...following the XDA threads on the Atrix and Photon...I dont think the carrier can stop it if its out there. Its hard to tell really.
C

Do we know if the unlocked sbf was a leak or a hack?
B

I was trying to figure that out. There are multiple threads, all of which being a tad more than I wanted to muddle through. In one set of commands/steps there would appear to be a step whereby you have to confirm that your warranty would be voided. That step does not sound like one that would be with a leaked official not for consumer outside of the store copy of the sbf. It does sort of sound like an official unlock, that may have been leaked in some way. There was a post in one of the threads indicating it would be what would be pushed by Moto. But the mere fact that it and the process is on XDA makes me suspicious that it is official, just yet. So the best guess that I have is that it is not yet officially sanctioned by Moto/VZW, at least where it currently resides. So to the OP, I am not getting too terribly excited, just yet. It would not surprise me if someone with moto/VZW decided they needed a soak group, and someone figured a leak to XDA would be the quickest way to facilitate that goal.

God Please let unlock and root come to the Droid 3!!! I'll sacrifice my first born to Mum-Rah if it'll help...

Forgive me for my ignorance, but why is unlocked bootloaders so important, what can you do differently that you can't do with just rooting your phone?
S

steveninspokane said:
Forgive me for my ignorance, but why is unlocked bootloaders so important, what can you do differently that you can't do with just rooting your phone?
Click to expand...

In general it just gives people one less thing to complain about in their miserable lives. "Well the bootloader is still unlocked but the camera is shyte..." You know how it is.
You must log in or register to reply here.

Unreleased QWERTY Motorola Phone for Sprint Shows Up 'In the Wild'; Maybe Next Photon