It sometimes seems like there is no one out there working on making batteries for all of our favorite mobile gadgets. We are constantly inundated with new processors, new displays, and new radio tech, but as our devices get faster and faster, the amount of time their battery lasts seems to be getting worse. Luckily, it turns out there really are researches out there who are working hard to solve this problem. Today's news shares that an amazing breakthrough has been made that could almost triple the amount of power output that our current lithium-ion batteries can produce.

Researchers at Rice University recently figured out a way to use crushed silicon anode to vastly improve the output efficiency of current lithium-ion batteries. Here's a quote with the skinny,

According to Nature’s Scientific Report (via Motherboard), Rice University engineer Sibani Lisa Biswal and research scientist Madhuri Thakur managed to use crushed silicon to create battery anode that can hold up to 10 times more lithium ions than graphic anodes that are normally used in today’s batteries.

“The result is a new battery design that holds a charge of 1,000 milliamp hours per gram through 600 tested charge cycles of two hours charging, two hours discharging,” writes Motherboard. ”According to the team, current graphite anodes can only handle 350 mAh/g.”
Click to expand...

Can you imagine getting almost three days of use with your smartphone? Exciting stuff!

But how long until I can purchase that battery?

This is way better news than a new processor that is 2% faster than what we currently have. Battery life, or lack of it, is the main complaint of portable electronic users no matter what device they have. Good job!!

Hopefully we will see this in phones next year. Good stuff.

I can really get on the bus with this one 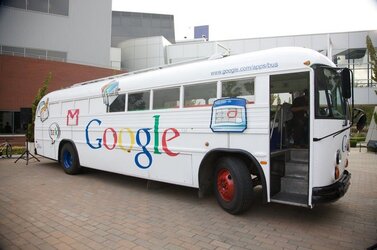 I'd buy that for a dollar!

i'd pay $100 to replace my current battery with one that lasts 3x longer but is same size as current one.
You must log in or register to reply here.

Aluminum Battery Can Charge a Smartphone in One Minute
2