Motorola Droid Receives Multi-Touch but only as the Milestone 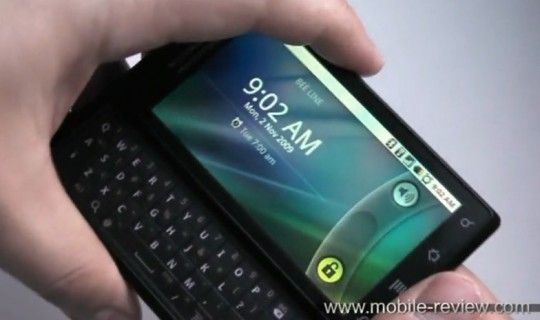 Slashgear.com Reports: Having heard over the weekend that the GSM version of the Motorola DROID – the Motorola MILESTONE – would be landing in Europe later this month on carrier O2, Mobile-Review’s always-on-the-inside Eldar Murtazin has pushed out a video of the handset in action. As well as swapping the CDMA of the Verizon DROID by Motorola for GSM/UMTS, the new MILESTONE also gains multitouch support in Android 2.0.

We’re not sure why the European version of the DROID has multitouch and the US version doesn’t; Eldar doesn’t appear to have added or modified his handset in any way, so we’re left thinking that this was a conscious decision by Motorola. It’s not the first time we’ve seen an Android handset manufacturer add in multitouch capabilities where the underlying OS doesn’t offer them as standard; HTC did so on the Hero, with multitouch in the browser, but the function was present on both European and US versions of that device.

Otherwise we’re expecting specifications for the MILESTONE to drop in line with the CDMA handset, which means a 5-megapixel camera (which we’re not especially impressed with so far), 3.7-inch capacitive touchscreen running at 854 x 480 resolution, slide-out QWERTY keyboard and a similar processor as the iPhone 3GS and Palm Pre. According to the leaks we’ve seen, the handset will arrive in Germany on O2 come November 9th.

copyright laws do not apply in germany!

hell just let verizon do it and call it multi-user functionality. >.> not named the same.. you can always get away with the kinda stuff, hell iphone stole of alot of technology from nokia and aint paying them for it.

This is all really confusing to me.

This is what I thought the Droid had; multi-touch capability (of course because of Android 2.0), just not pinch-to-zoom.

I'm more interested in confirming for sure that the Droid does have multi-touch, because multi-touch with a virtual keyboard is much more important to me than pinch-to-zoom.

I believe the phone supports it but that it has not been enabled in the Android OS yet. I think I read that somewhere.
M

JohnDroid said:
I believe the phone supports it but that it has not been enabled in the Android OS yet. I think I read that somewhere.
Click to expand...


I don't believe it/s supported . Here's a quote from engadget ,

"As you have probably heard (or guessed), there's no multitouch on this device. That's clearly an issue with Android 2.0 and choices that Google is making about user interface -- we're fairly certain there's nothing technically holding back the DROID from utilizing multitouch input, and we wouldn't be surprised to see some tweaked ROMs hit the information superhighway with the functionality onboard. Regardless, the resolution, materials, and clarity of the DROID display make it an absolute pleasure to keep your eyes on. Motorola gets a +1 for the bump in resolution, and we can only hope everyone else follows suit."

For those who haven't read the review. Here's the link for the whole article Motorola DROID review
J

Engadget has been the main source of my confusion on this topic. Reading that review (and listening to the weekly podcast) the Engadget reviewer is convinced there is no multi-touch support at all, not even on the virtual keyboard. Yet everything from Motorola and Android 2.0 on this topic states that the phone/OS supports multi-touch.

Well it's not a problem with the android 2.0 seeing as they just released the specs and shot of one that DOES have it. I think they just need to tweak the ROM for the US version and we would be good to go, but it seems they aren't willing to do that at this moment in time.

Funny on the US site.. it's listed as an option..

they were able to hack mutitouch into the g1, so i suspect that will happen for this phone as well. there is little reason to have a version that does support it and one that doesn't so i suspect that the underlying functionality is there.
S

pastachef said:
they were able to hack mutitouch into the g1, so i suspect that will happen for this phone as well. there is little reason to have a version that does support it and one that doesn't so i suspect that the underlying functionality is there.
Click to expand...

Thats right, I have a G1 with a custom rom and it supports multi touch zooming.
C

Android 2.0 does indeed feature multitouch – Android and Me

The droid has multitouch
You must log in or register to reply here.