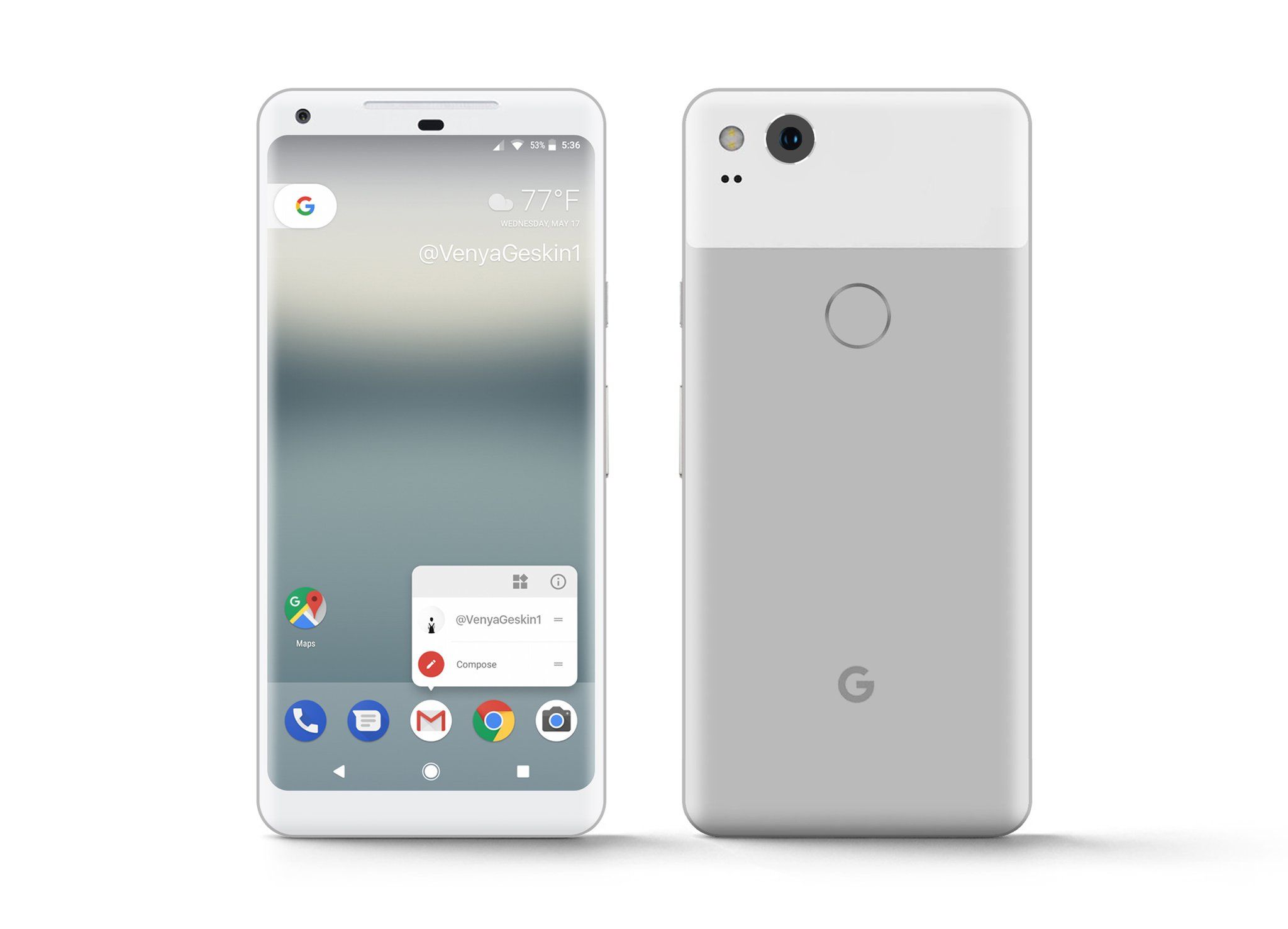 We are still several months away from the release of the Pixel XL 2, but we are already starting to see some major leaks surrounding the device. We already have seen a design mockup showing off the front and back of the phone. We also found out that the device features a bezeless design with an OLED display featuring a 2:1 aspect ratio. We now have some new information regarding the upcoming device.

The OLED display will also have an Always On Display feature baked in similar to what we have seen on devices like the LG G6, and Galaxy S8. This has been a feature I have used quite a lot on my Galaxy S8. The new leak also corroborates the idea that the phone will feature squeezable sides like we saw on the U11. It was said that Google is currently working on new implementations of the feature. XDA also states that the display will offer profiles (sRGB, VIVID, ect.). Apparently the overall theme we will see in final Android O will be darker and not lighter that what we have seen with Preivew builds.

Is that Google hot point an actual dead space in the screen? I hope not. The new android phone by Andy took a beating for doing that....

My pocket is ready

I see the outside but what is on the inside

Bezel-less design? There's clearly bezel in the photo. Unless you're not showing the leaked renders that you mentioned, and those are photos of the original Pixel?

RyanPm40 said:
Bezel-less design? There's clearly bezel in the photo. Unless you're not showing the leaked renders that you mentioned, and those are photos of the original Pixel?
Click to expand...

you weren't supposed to noticed

Original Pixel had iPhone like bezels if you look at this render it's stretched out barely side bezels and minimal top and bottom..