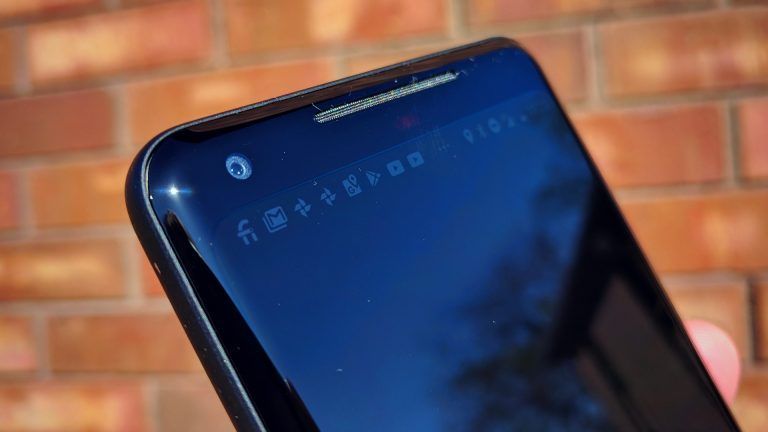 Will it ever end for Google and the Pixel 2 XL? It seems like every week brings forth a new Pixel 2 XL display issue. This week is no different. Some Pixel 2 XL users are reporting that the edges of their display is unresponsive. This could be a huge issue when trying to tap out a reply to a text. Google has officially acknowledged the issue and has said they will sort it out with an OTA patch. This does not seem to be a widespread issue and since it can be fixed with an update it seems to be a software only issue which is good news. Have any of you noticed this issue with your Pixel 2 XL?

People need to stop posting about this like it's all doom and gloom for the Pixel 2. Google has been on point with speedy updates to fix every single screen complaint. The previous issues have all been patched up and are non-existent now. This side tapping issue is the only issue the screen has now, and there is a patch in the works. So there's no need to blow this out of proportion.

Sent from my SM-G935T using Tapatalk

I'm not saying that this is what is happening here, but I wouldn't be surprised if this isn't a full blown FUD campaign by the competition.

I'm not letting Google off of the hook, but there are in fact "dark" PR firms that use comment farms, and back channels to publicize issues. PR firms actually have a code of ethics, but we know how it is A few people have an issue and post about it, then someone contacts them from "blog.com" to "allow them to be heard". They take the story/"interview" and post it on the "blog.com" which serves as the "source", then they contact a bigger site and peddle the story. Then they get their comment farm to pump up the volume.

And it's not even that expensive (a few hundred thousand), meaning it's easy to hide payments to the "dark" PR group.

But... this all could have been avoided if Google had used a screen with a wide viewing angle. This is just crazy to me.

I am not saying that there aren't people who have issues with Google and are just looking for reasons to gripe. But we do not need to bury our heads in the sand. If there are issues I say point them out. If the manufacturer have a fix for it, great. But because people are pointing out issues we are able to determine if it is a fluke or something real.

If your phone is doing great and you haven't experience any of these issues then great. But for those who may it is good to know they are not the only ones. As I said in another thread, I personally haven't had the issue but good to see there is a fix for those who are having the issue. But Google don't need my defense. They are playing with the big boys now with those big boy prices. And big boy prices mean they are going to get big time scrutiny just like the iPhone X and Samsung's flagship phones.

Notice there are not a lot of HTC U11 complaint threads, because no one really cares about that phone.

I hope Google learns from this. I really feel like this was the phone everyone was prepared to love, but the issues have simply forfeited the spotlight to Samsung and Apple.

All I know is that I'm happy with my Pixel 2XL and the camera is absolutely unreal.

Dusty said:
I hope Google learns from this. I really feel like this was the phone everyone was prepared to love, but the issues have simply forfeited the spotlight to Samsung and Apple.

All I know is that I'm happy with my Pixel 2XL and the camera is absolutely unreal.
Click to expand...

For those of us with the 2XL we love them and those issues that people complain are minor and have already been fixed. The color shifting is hardly noticeable, especially if you change the color to boosted or saturated. But even Apple put out something so iPhone X users don't complain about their panels shifting colors.

Still I think these complaints are good because it says to Google that they can't just slap a product out there and people gobble it up and give them praise despite the flaws similar to the Nexus days.

Now that they want to price their product out there, people are going to ask "Samsung has the s pen and all the bells and whistles, Apple has some of the best hardware, what do you have for $1000?"

And then saying they have smooth stock Android is not going to cut it for a lot of folks given Moto mostly has it too for less with Moto mods.

So Google needs to start doing a little more. And I'm definitely speaking to what they don't over there with that pixel book.

as I always said, you will only hear about complaints but you will not normally hear praises.
G

LG’s OLED phone screens are bad, but its TVs are top-notch—what gives?

Sent from my Nexus 6P using Tapatalk
You must log in or register to reply here.