LG V20 Won't Be Modular, But Still Has Some Magic Up It's Sleeves! 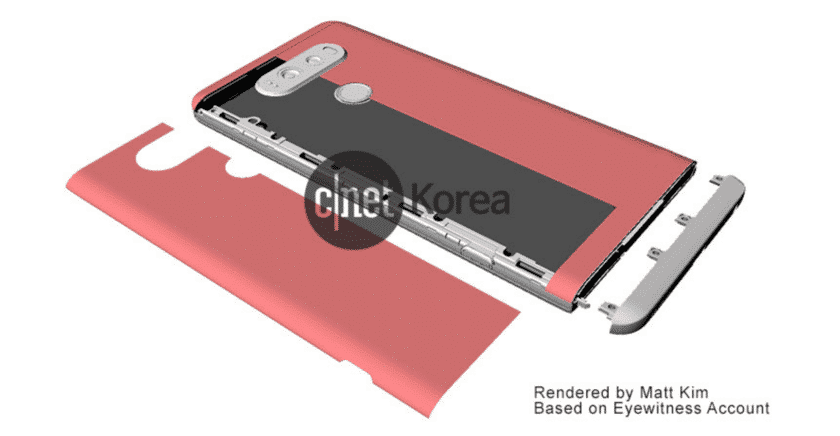 It seems pretty obvious why manufacturers have gone to the sealed batteries. Once the battery goes bad you have to send your phone in and pay them to fix it, or you have to buy a new phone. LG is more concerned with giving customers what they want, and believe it or not there are still many of us out there that want a removable battery. You have an endless supply of juice if you can replace your batteries as they deplete. The LG V20 should be the next in line to receive the removable battery treatment.

It was feared that the LG V20 would also feature the failed modular design of the G5. Fortunately we know now thanks to leaked renders that the device will not have the modular design. Instead it will feature a users replaceable battery. The bottom will stay in tact, but the side will slide out giving you access to the battery compartment. There will also be a sim and sdcard slot in the battery compartment. I for one am glad that LG has decided to stay committed to the user removable battery. It is great to have that option.

Do you care about a user removable battery? Does a feature like that help you to keep a device longer? Do you prefer this design to the half baked modular design of the LG G5? Let us know your thoughts below.

I see really no downside to removable batteries, other than maybe a miniscule fraction of possible battery contact failures. I love the innovative sliding half clamshell access to the battery and having easy access to both the SD and SIM cards.

I'm not so keen on the removable bottom and that whole quasi-Mod thing going on but I'm open to innovation so it may be cool.

Sent from my XT1585 using Tapatalk
B

I love the removable battery. Happy with my G4 and looking forward to V20 and the G6. Only thing I'd add is wireless charging.

I almost went LG a few times because I want to support a company doing swapable batteries. But shatterproof screen keeps me coming back.
But I will consider LG every time I get a new phone because of that and those amazing industry leading cameras.
The V10 still smokes everything in the camera department. And the G5 is pretty great too.
Not sure why OP calls it a failure.

I would much rather have the option of a removable battery.

A: It let's me know if how I am utilizing my phone is ok or not. Perhaps I am doing something to drain the battery.

B: I like having the option of buying a back-up battery to carry in place of having to keep my phone plugged into a cord 24/7. If my battery dies, I can just switch them out.

IMO, the days of flip phones and removable batteries made for sturdier phones.

And old Blackberry would hold up to wear and tear much better than my S7.

However, I would not want to choose and operating system ovet battery life.

So, I suppose I will just keep handing them my money. :/

Sent from my SAMSUNG-SM-G930A using Tapatalk

Great news! I was so worried that LG would add that modular system to the V20. The fact that they kept the removable battery and SD slot definitely makes me think this will be my next phone. That removable bottom looks like it could be a wear point where it loosens up after a lot of use though. Still not 100% sure though. I'm still loving my V10 and not sure if I'm ready to give it up yet. We'll see.

kixfan said:
That removable bottom looks like it could be a wear point where it loosens up after a lot of use though.
Click to expand...

Let me just point out its going on 3 years old now that I've had this LG V20 -
But this statement on rear cover coming loose - after a lot of use -
1. Why would someone access rear cover more than replacing battery?
Average - Once a Year -
& Day one - installing 128GB micro SD.

The metal rear cover has 6 full locking claw tabs - 3 each on two sides that would require at least a hunting knife to maybe pry it off.
Surely challenging.

Scanning LG V20 posts, and perhaps one of the strangest ideas of fear out of thin air.
Once cover is removed, the cover is impossible to tweak - one would think it's Titanium.
Even the release button hidden in its edge is so well designed, it'll make you look close to find it.
It's not happening by itself, to get released.
Even if removed a 100 times a month,, impossible to be compromised.
The latching system is perfected design.

I'd suggest, head to HomeDepot, get a real hammer, as using phone is going to leave a mark, and good chance a missed call.
Cheers
You must log in or register to reply here.