One of the most anticipated Android offerings of 2017 has to be whatever Google will be launching in the fall. We fully expect to see a Pixel 2 release this year. We expect to see two devices with rumors pointing towards an LG made larger device and possibly an HTC made smaller device. These devices will likely be announced in October with sales being official a few days later.

The Pixel 2 and Pixel XL 2 will both offer top of the line specs. The smaller device is expected to sport a 4.97" Full HD display, Snapdragon 835 cpu, 4GB of RAM, and a base storage option of 64GB. We may even see dual front facing speakers. We may see the removal of the headphone jack, and will likely not see a dual lens setup on this device. The Pixel 2 is expected to be dust and water resistant with an IP68 rating.

The larger of the two devices will have essentially all the same specs as the smaller, but will feature a 5.99 QHD display and larger battery. Android O will be featured on both devices at launch. The latest rumors suggest both phones will feature a very similar design to the Pixels of last year. These are expected to be pricey devices like we saw last year. The smaller version will likely be around $700 and the larger around $800 at launch. Are any of you holding out for these devices to be released?

Will upgrade my pixel XL to the XL 2 when it's released. Love this phone.

Pixel XL 2 looks promising. maybe I need to consider a phone without bloatware for a change.
M

I have a Nexus 5X and a Nexus 6P. I look forward to the Pixel 2. My batteries are getting real bad. Now if they had replaceable batteries, I would keep my Nexus devices as long as I kept my original Droid that the Nexus devices replaced!

My main complaint is I have to wait until October.

Sent from my Nexus 6 using Tapatalk

I've had my Nexus 6 for nearly 2 1/2 years, waiting on the next 6" Google device. It'll definite be the Pixel XL 2 for me. As close to release date as humanly possible.

Location
Near the lake in SCS, MI

I just can't justify $700+ for a phone, no matter how good it is. If these were $300-$400 then yes, I'd consider. The current Pixel has a reputation for having one of the best cameras available, and that makes it attractive to me. Yet even there, I could buy an awfully nice lens for my DSLR for the $649 starting price on those. (Despite the fact that they're giving away a Google Home with a Pixel purchase currently.)

I'm afraid my next phone definitely won't be from Google as my last few have been. I feel they could knock things off the charts if they introduced a more mainstream phone at a better price, maybe even reviving the Nexus name for that "budget" line. But I can still drool over Pixel 2 specs. Doesn't cost me anything.

Currently using a Nexus 6P which is probably my all time favorite phone that I have owned. Been eyeballing the Pixel XL 2 very closely though, but I've also been considering the S8 which I've never before considered a Samsung phone. I really would like to have wireless charging and water resistance though. If the XL 2 has both it's most likely a definite for me 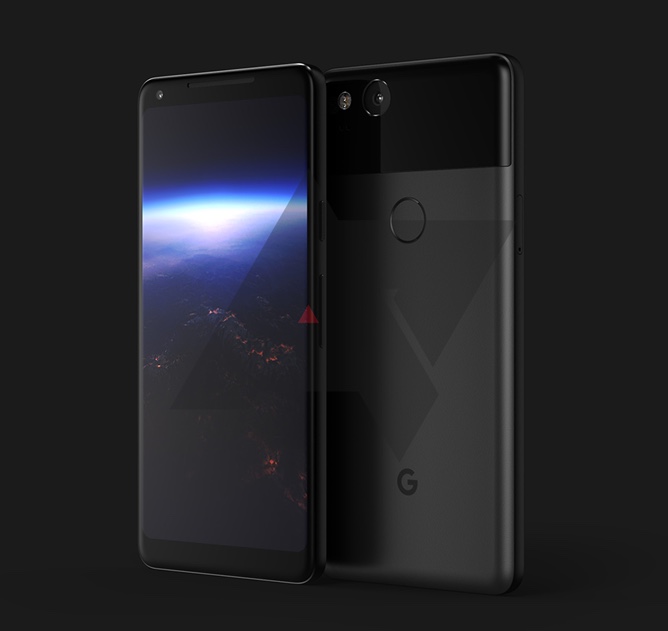 I like. Front facing speakers would be nice. I was so excited for 5.5" screen, now I'm stuck between too large and too small.

popcenator said:
I like. Front facing speakers would be nice. I was so excited for 5.5" screen, now I'm stuck between too large and too small.

Yeah front facing would be bonus... Hopefully with the bezels shrunk the feel in hand will be good

Yeah, the wait is no fun. I'm just ready to move on from the 6P. It'll be a nice back up, but it's time has passed.

popcenator said:
Yeah, the wait is no fun. I'm just ready to move on from the 6P. It'll be a nice back up, but it's time has passed.

You gave it a good run... Definitely time for a new look...