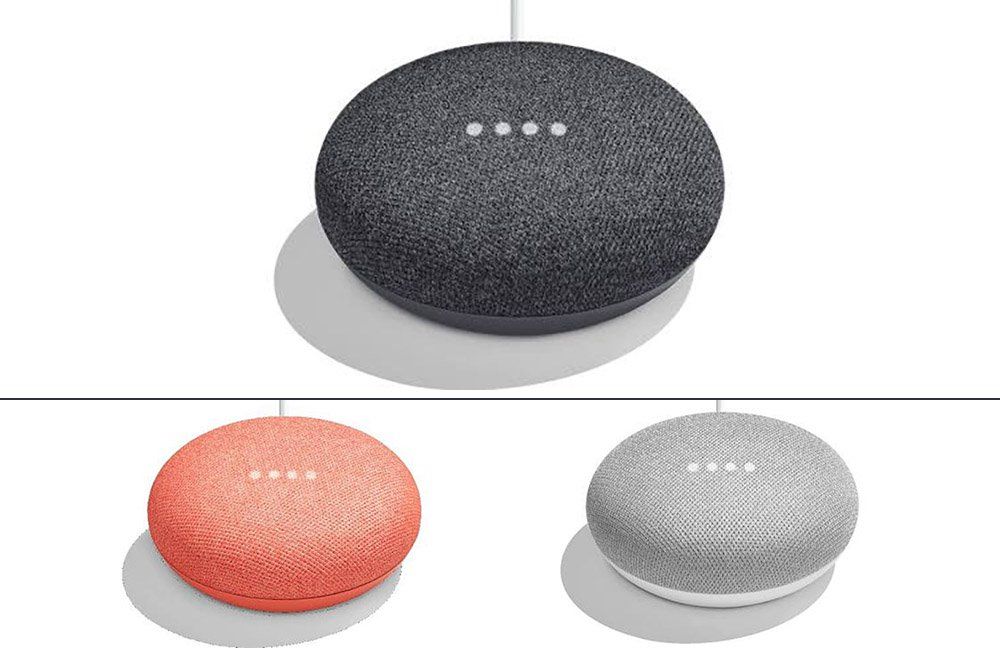 Among the leaks today provided to Droid-Life included an all new Google Home Mini and the new Daydream View. The Google Home Mini will be competing directly with the Amazon Echo Dot. It will come in 3 colors including Chalk, Charcoal, and Coral. According to Droid-Life the Google Home Mini will be powered instead of wireless. They arrived at this conclusion as the leaked images show a power cord connected to the back of each unit. This smaller Google Home will be much more affordable costing only $49 at launch. These will still feature full Google Assistant functionality. Charcoal and Coral versions have a colored base to match the top while the Chalk version has a grey top and white bottom. The units also appear to have LED lights to show you when you are interacting with the device.

Other leaks today included some details and pictures of the New Google Daydream View. The units also come in 3 colors including Charcoal, Fog, and Coral. Droid-Life noted that these units seem more rugged then last years softer counterparts. We will also get a controller with the unit, and these will be priced $20 higher than last years models at $99. We will likely see both of these units on stage at the October 4th Pixel event.

the home mini looks completely different from the dot. look almost like a small bean bag. it is something worth considering.
G

I am probably going to the Orange one

It Is Pixel Day! Watch The Event Live At Noon ET
2