Droid 2 Global .629 SBF file leaked so you can Unbrick your device! 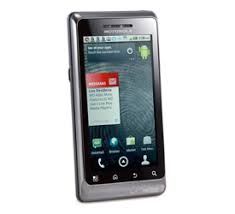 ​
If you love to hack and mod your device then you know how important it is to have a safety net. All it takes is one bad flash or one tiny mistake to send your phone into a bootloop. Without an SBF or a way of restoring your device a simple softbrick can turn your device into a paperweight. If you had updated to .629 then you probably found out that you are no longer able to revert to an earlier build via flashing an sbf. The good news is that while you may not be able to downgrade you will be able to unbrick your device via the official .629 SBF file that has been made available. This version is also rootable!

That's great for d2g owners but where is the d4 fxz files at? I am really surprised they have not leaked yet.

Sent from my DROID4 using Tapatalk

damn if it took this long how long will they take for the D4?
V

Argh so I had to get my phone replaced because the left side of the screen stopped responding to touch, which meant I couldn't unlock my phone, and I was hoping they wouldn't send the new one with .629
Of course they did, so I am a bit irked right now.

The darn RootzWiki thread is boggling my mind, though, so I have a couple questions:

1) I have read over and again that after updating to 629 you are completely unable to SBF or root. That's fine but this thread claims you can root after (I understand why the unbricking works). How is this possible?
2) Someone mentioned the bootloader was changed so that you cannot SBF, yet some people are mentioning in the thread that they are downgrading (ie they mentioned it and no one said they can't), so is that possible? Is this method replacing the bootloader as well?
3) Is there a way to replace a bootloader (I'm guessing no, it seems like CWM is just acting as a bootloader, since the devices can be rooted, right?)?
4) I think that's it.

I think I'm just going to wait it out and then After we get taxes back next year I will finally switch to HTC. Motorola has been pissing me off with their practices (and VZW for dumping the D2G that was supposed the be a big deal for them). HTC seems to be the way to go for me, I just hate loosing the physical keyboard which I think only Motorola offers now -_-

So it's been over 24 hours since I got the new phone and activated it and everything. I haven't used it much, and some of the basic apps have updated through Google Market.

HOWEVER: I still have the Google Market as opposed to Google Play. I would have though, for one, it would be Play with stock 6.29 but shouldn't it have updated to Play by now? Just really weird in my mind.

Edit: Well it took over a week but Play installed. Effin weird
Last edited: May 24, 2012
V

le bump
You must log in or register to reply here.

New .906 SBF One click Unbrick or RSDlite flash for the Droid 3

How To Unbrick Your Moto G After The Lollipop Update