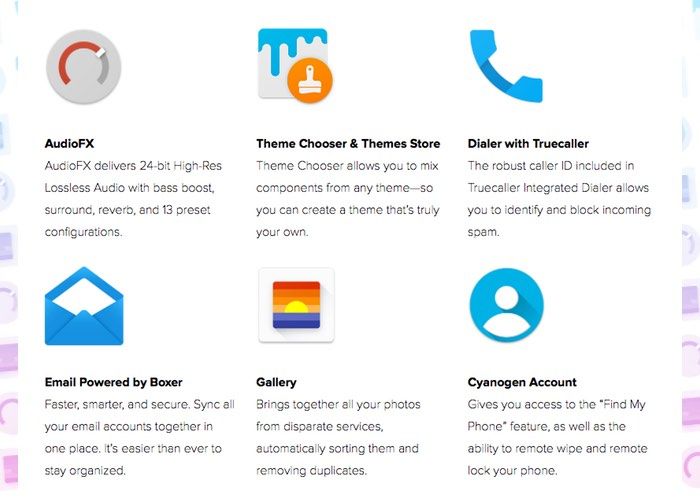 ​
If you want the Play Store and other Google applications to run on CyanogenMod on your phone you have to flash a G-Apps package separate from the CyanogenMod rom. The actual Cyanogen OS comes with a whole different set of stock apps called Cyanogen Apps. These are their own version of normal stock apps. These apps come pre loaded on retail phones running Cyanogen OS. Today Cyanogen has released a flashable zip that will allow you to use these apps with CyanogenMod 13!

These apps include AudioFX, Theme Chooser and Theme Store, Dialer with Truecaller, Gallery, and Cyanogen Account. To install these C-Apps simply download the zip package and flash in TWRP. Head to the link below to grab the C-Apps package.

via Cyanogen
You must log in or register to reply here.

Cyanogen OS 12 Apps On Any Device

Cyanogen Bringing Many Cheap Phones and Maybe A Flagship In 2016