Both Verizon Wireless IPhone And Next Generation IPad About To Hit Field Testing?

Both Verizon Wireless iPhone and next generation iPad about to hit field testing? 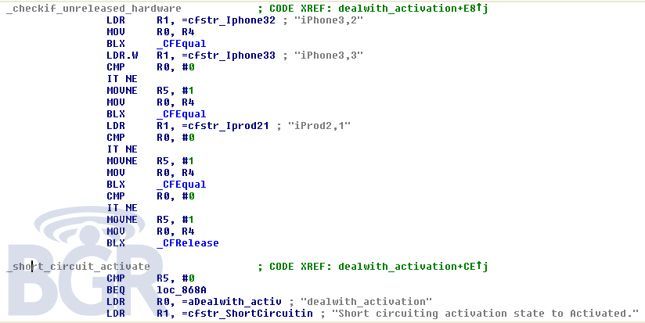 One of our Apple sources has just informed us of something very interesting. Way down deep within iOS 4 is a pretty intriguing block of code. Our source says that the code queries the device, and if the device is either a CDMA iPhone or iPad 2, the device will auto-activate, thus bypassing the need for iTunes. We’re told this block of code has appeared every year consecutively before a major iPhone / device release, removed right before launch. This allows the products to be field tested by carriers (or partners) without having to activate the handsets or devices.

Whether Apple has done this to make sure AT&T or other carriers looking at activation logs don’t find anything, or just for the sake of simplicity isn’t clear.

Lastly, we’ve been told from a separate source that the platform code of the CDMA iPhone is N92AP (Daring Fireball’s John Gruber has said it was N92), and the platform code for the next-gen iPod touch is N81AP.


BoyGeniusReport.Com
You must log in or register to reply here.