An Image Of The HTC One M10 Emerges 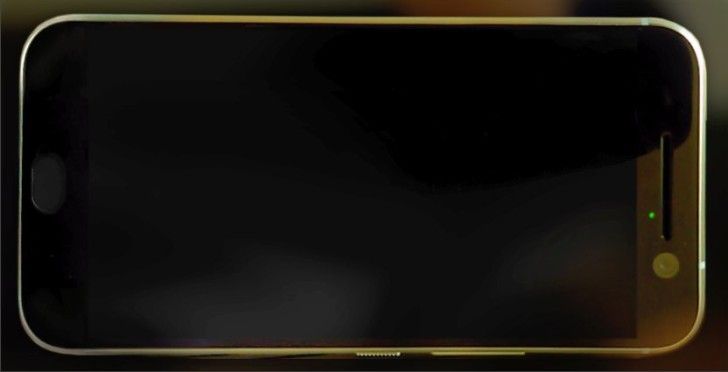 The HTC One M10 is expected to be launched only weeks after the Galaxy S7 and LG G5 which will both be announced in a few weeks at MWC. This doesn't mean that we won't be seeing plenty of leaks about this device leading up to the event. The king of leaks Evan Blass has posted an image of what he says is the HTC One M10.

In the image we can see a few things. First we see no HTC logo on the front which is what we have come to expect from the M series devices. The shape of the phone is very reminiscent of the HTC one A9 which was thought to look very much like an iPhone clone. We see a notification light under the single speaker (gone are the dual front facing speakers, possibly in favor of the rear speakers of the A9). You can see great placement of the power button and volume rockers on the right side of the phone. The power button on the M9 was midway down the phone which was a bit awkward. Lastly you can see a fingerprint/home button below the screen. Evan also leaked the specs of the device. He says it will feature a 5.1" QHD AMOLED display, snapdragon 820 processor, and 4GB of ram.

S5 tap'n
You must log in or register to reply here.

HTC One M10 Shows Up in White in Leaked Photo

HTC One M10 Might Be Another iPhone Knock-Off [Rumor]

HTC One M10 Might Launch in the US in May [Rumor]