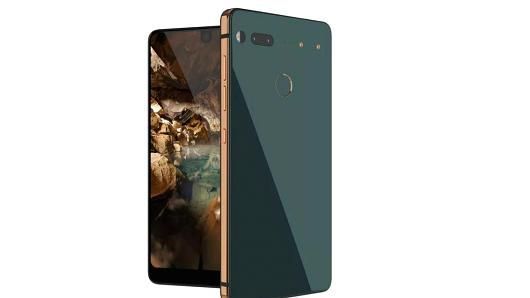 For Amazon, it's the second major effort to back a smartphone. The company had a high-profile failure with its own smartphone, the Fire, which was launched with much fanfare in July 2014, but didn't make a dent in the overall smartphone market.

Andy Rubin co-founded Android before he sold it to Google. The first Essential smartphone was announced in late May and was promised to ship in June but still hasn't made it to market. Essential hasn't said when the phone will launch, only noting yet again that it's due out "in a few weeks" and will be sold by Amazon and Best Buy.

hope it don't turn into another fire phone.
K

me just sayin said:
hope it don't turn into another fire phone.
Click to expand...

Then they'd have to pay Sammie for patent infringement

kodiak799 said:
Then they'd have to pay Sammie for patent infringement
Click to expand...

Glad I didn't wait for this.
You must log in or register to reply here.

Andy Rubin Has Returned To Work At Essential