This Is The Galaxy Note 8!

The image above is provided by famed leakster @Evleaks who has been incredibly accurate over the past few years. The version is what Evan refers to as "Midnight Black". We can see here what looks like a bit more of a squared off design when it comes to the corners then what we have with the Galaxy S8. You can see here we have the infinity display with the minimized top and bottom bezels. You can also see a slight glimpse of the S-Pen in the bottom right corner of the photo. We have the volume rocker and bixby button on the same side with the power button on the opposite side. Overall the Note 8 looks about how I would expect it to look.

Nothing from @Preach2k, I'm concerned. He should be all over this. It captures the look of the 7 quite well.

pc747 said:
Nothing from @Preach2k, I'm concerned. He should be all over this. It captures the look of the 7 quite well.


Sent from my Nexus 6P using Tapatalk
Click to expand...

I have posted a lot on FB. I am still waiting on the Announcement. I will decide then if I am going to pull the trigger or wait for the Note 9! We will see. 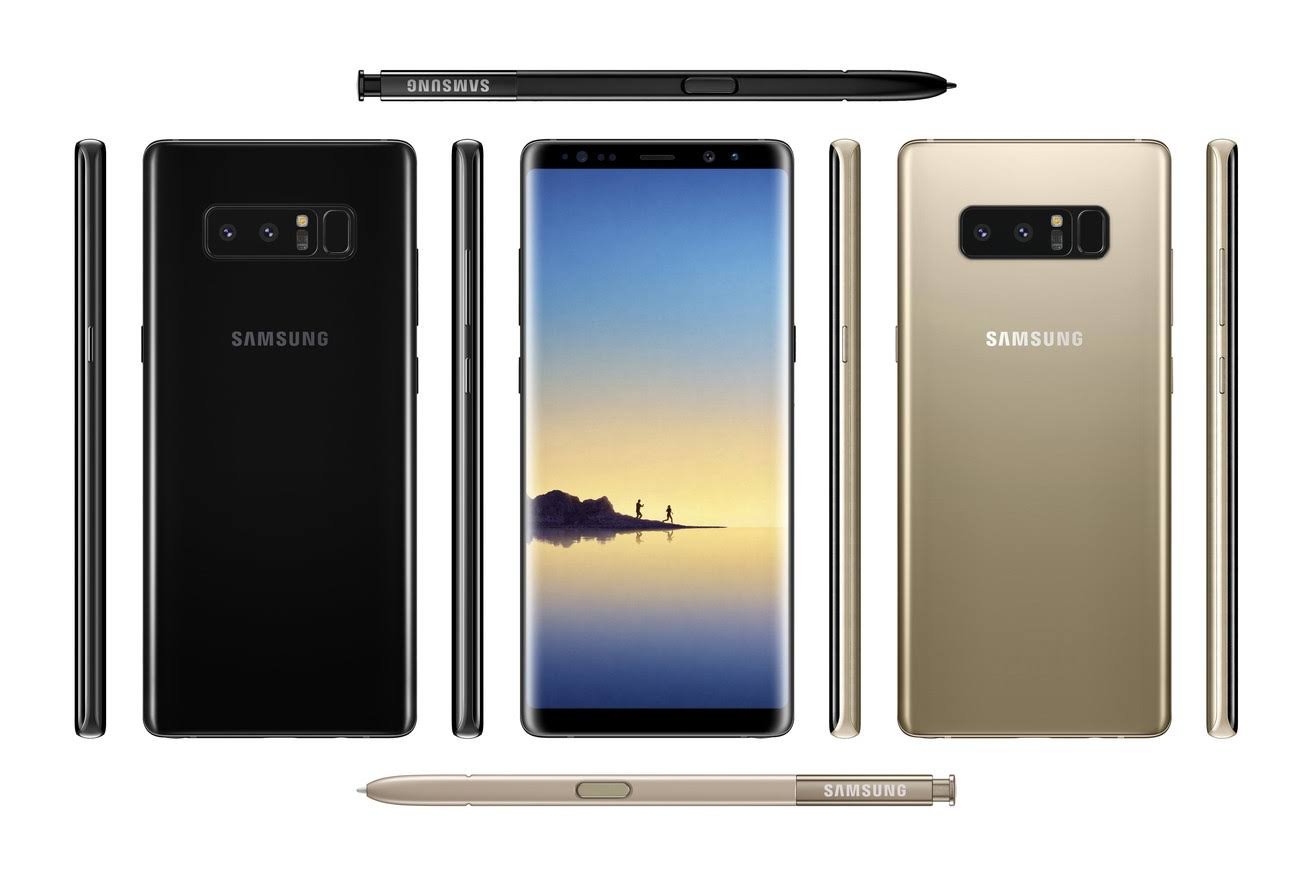 The only gripe for me is the fingerprint scanner location.

Other than that I'm loving the look. The note to me always looked more "business" like. It's the phone that just felt more mature and ready for the business world even better than the current blackberry phones. That s pen, though rarely used for many, provides the perfect tool when needed. Whether it is needing to sign documents, jot down notes, or draw while I'm just waiting around, I love the note series. It's why I think I gravitated to the Samsung Chromebook plus. I miss the note, especially for when being in church and wanting to jot down notes. I'll still end up likely going pixel XL 2 because I hate Samsung/At&ts update process. But thankfully I have the Chromebook to fill the role. In fact maybe Google could look into a 7-8inch chrome tablet with a s pen. Because the one feature I miss most of all is hovering over a site with the s pen to pull down menus on websites.

I'll be getting my hands on the note 8, even if it's only just to review it.

the phone does look good. makes my note 5 look old fashion.
A

Must have it in the hands to judge and frankly it is even more beautiful than the s8 galaxy that is the most beautiful smartphone ever designed.

I have a note 4 and still love it. I like big phones, and I cannot lie. I wasn't too thrilled about the s8+, with it being tall. This will be even longer. People use to complain about a phone being too wide, hard to reach across. This will be an issue as well for this but just up and down. I'm gonna wait to see what the new pixel is like. I may even move to new iphone. Not thrilled how phones have gotten skinny and tall. Just my 2 cents.

I can't see why leaving the height the Same as the S8+ but a little wider instead. I loved the Size of the Mega 6.3 screen once I actually played with it and wasn't to thrown off with its overall size. I wanted a current Gen Note to be that Size.

I would not mind it being a bit shorter and wider but not having to scroll as much is also a plus.

me just sayin said:
I would not mind it being a bit shorter and wider but not having to scroll as much is also a plus.

I went from the Razr M or Moto M (can't remember what it was called) to the Note 2; smallest smart phone to the biggest at the time. Loved that M because it was tiny then I found myself loving the N2 because of the size. I could do everything on that "huge" phone.

I rarely do put it to my ear to talk because it's size is a little cumbersome and awkward. It's not a problem talking on speaker unless I'm with company or in public. I refuse to talk on my phone in public places so it is rare that I end up having to put it to my ear. But when I do, it still feels weird.

Sent from my SM-N920V using Tapatalk

The Tech Media industry cracks me up sometimes. I open my News this morning and the below article is first in the list. The Note 8 isn't even out yet (hell....not even announced yet) and some folks are already writing about the Note 9? Craziness. The name of this piece cracks me up.

Sajo said:
The Tech Media industry cracks me up sometimes. I open my News this morning and the below article is first in the list. The Note 8 isn't even out yet (hell....not even announced yet) and some folks are already writing about the Note 9? Craziness. The name of this piece cracks me up.

Sent from my XT1650 using Tapatalk
Click to expand...

Oh shoot, forget the N8; I'm going to wait for the N9. Not really, but it's tempting.

Don't trust what BGR reports most of the time..

Vary disappointed in the fingerprint scanner location. The S8+ is difficult to use one handed, and this is going to be even wider? I use a lot of docks and having to try and either remove the phone from the dock to unlock or try and get my finger just right reaching around it makes no sense to me. What a shame, had the $$ to drop on 2 new N8's. Maybe wait for the N9 and then chose to stay with Samsung from there...
L

Way better than anything Apple will do with the iCrap 8.
You must log in or register to reply here.

Here Is The Note 8 From Every Angle!