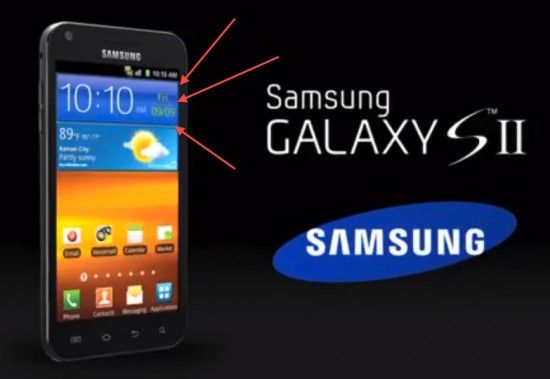 ​
Fast forward to today, where Samsung released an ad spot on their YouTube channel announcing the impending arrival of their Galaxy S II here in the states. At the end of the video, they prominently display the U.S. version of the GS2 (complete with 4 capacitive buttons) but upon closer inspection — the date on the device’s clock widget is set to Friday, 09/09. Interesting… after seeing a similar stunt when HTC sent out press photos of the Sensation 4G displaying that device’s rumored launch date in their clock widget, this adds just a little more weight to that September 9th launch date we’ve been hearing.


The location in the weather widget also just so happens to be the location of Sprint’s HQ in Kansas City. Nice one!


Of course, we won't know anything until Samsung gives us the official launch dates and details for the U.S. Galaxy S II variants (hopefully) at their August 29th event. But if you’re as excited as I am about Sprint being the first U.S. carrier to offer the Galaxy S II, you may want to plan ahead and take that vacation day come Friday, September 9th, 2011
S