iPhone 7 Glitch Locking Users Out Of Their Devices 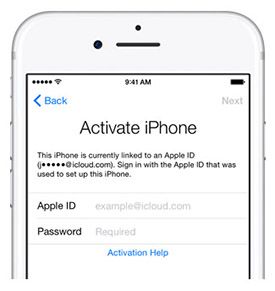 There were a couple of major glitches in iOS last year that made for hours of fun with friends. One such glitch allowed you to remotely reboot your friends iPhone by sending them a text. I did this to a coworker last year and nearly lost a friend. Needless to say he wasn't able to use his phone for nearly an hours as the text message kept rolling in as the phone booted up! Another more sinister bug actually caused iPhone's to brick if you changed the internal date to Jan 1 1970.

Both of those bugs have been fixed, however there is a new glitch that is locking people out of their iPhones. The bug appears upon unboxing the phone. The phone is already tied to another user's Apple ID account with activation lock enabled. Activation lock keeps thieves from using stolen iPhones. The big issue here is that if you don't have a proof of purchase your device would appear to be stolen in which case Apple might not fix it, and the isheep thought Android's lab created vulnerabilities were a big deal.

via MacRumors
You must log in or register to reply here.

iPhone 7 and 7 Plus Dropping LTE Randomly On Verizon

Your Samsung Device May Be Vulnerable To An AT Attack Even While Locked!

Reboot Your Friends Iphone With This Text Message!