Find Some Freedom with 'Liberty', a Cool Custom ROM for Your Droid X/2

Some very enterprising and talented members of our forums have created an amazing custom ROM they call "Liberty"! It's only for the 320/340 Droid X/2, so keep that in mind, but if that's the phone you have it's definitely worth a look . Their work is pretty ingenious and includes some excellent custom features. Here are just a few:
Be careful installing this (like any) mod, as it is pretty major, but for anyone comfortable with the process it's well worth a look. Their hard work and talent really shines through. For a full list of features and some download links click our forum link here: Custom ROM - The Eagle has Landed!!!! Liberty 1.0

You can also find info on all their team-members at that link for more info. Nice Work you guys! Thanks for sharing your creative genius with us. dancedroid

This is the best rom available! Great work

been running this rom for almost 12 hours now no problems.. so far best rom i have had on X yet..

Just give it a try panda...trust me u wont be disappointed!

pandabear said:
I've been running rubix 1.9.5 and it's been amazing. Can anyone comment on the pros/cons of this rom vs rubix 1.9.5?
Click to expand...

I too use Rubix 1.9.5 and have used Rubix since it came out. I will be installing this and giving it a shot. No reason not to.

Alright, I'll give it a shot. I'm just a little wary since the last ROM that was supposedly the "greatest" - darkslide 4.2, nice ROM but it was slow for me and honestly a little much on the theming/transitions.

pandabear said:
Alright, I'll give it a shot. I'm just a little wary since the last ROM that was supposedly the "greatest" - darkslide 4.2, nice ROM but it was slow for me and honestly a little much on the theming/transitions.
Click to expand...

It wont disappoint! Could I suggest the linear theme by bgill and skurtz. Excellence!

Got it up and running. Very Nice so far. Fast, smooth and very nice looking. I think it's at least on par with rubix if not much better (more options for customization)

So far I really like this ROM....I am however having trouble with the theme mod in the liberty tools....when i reboot it will not load the file, said it is bad....I removed the theme zip and trying to DL again, let you know if it works.

At first I was sad that i could run this because Im still rockin the D1, but I just themed miui to look like it 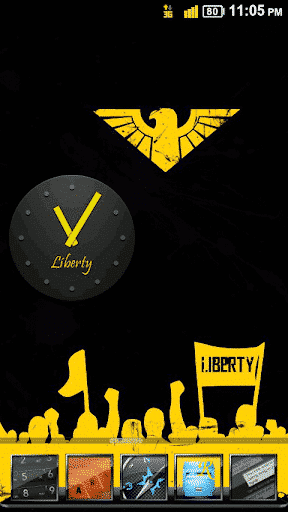 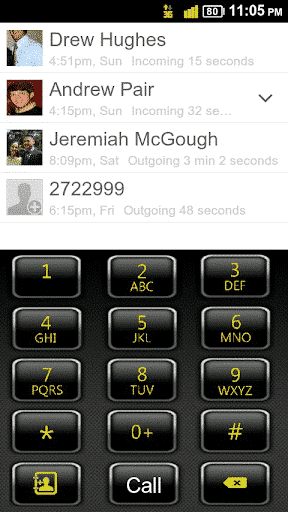 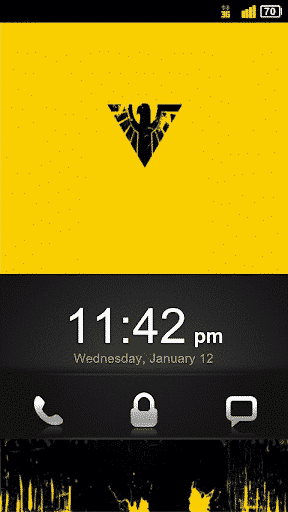 This ROM is far more better than DarkSlide... Kejars build and awesome speeds and smoothness. JRummys scripts, and both mashed together to make one hell of a slick, fast, smooth, and very customizable experience! Battery life is great plus as well!

Sent from my DROID X.

I put this on my phone yesterday and used it for a few hours. I had several force closes from apps that have never forced close before. Even the live wallpaper I've been using for a while now forced closed several times. it felt a little slower than Rubix 1.9.5. Other than that, I liked it. I liked the yellow. But all in all, it looked very much like vanilla Android. That being said, I prefer the stability of Rubix more so I restored my nandroid backup.

I do see a lot of potential in this ROM. Since it is only the first release, I think it will be able to compete with the 'big boys' currently available for the DX. I will be keeping an eye and try future releases for sure.

Here is a screen from my phone setup.

Dejuanxg said:
Here is a screen from my phone setup.
Click to expand...

BTW I did redid the wall paper myself with the eye color change and Liberty word at the bottem.


you can see that original wall paper here.
You must log in or register to reply here.

[ROM] Liberty 3 RC1 - Time for the Eagle to once again take Flight - for Bionic!