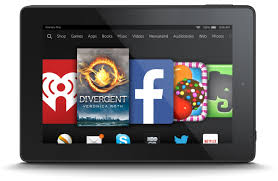 ​
Amazon Fire Tablets are generally a pretty great value. The only real issue with them is that they run a skinned version of Android that bears no resemblance to stock AOSP. The entire UI is different and you have no access to the Google Play Store. If you are getting tired of the ole Carousel no worries you can now install Android 5.1.1 Lollipop to your device in the form of CyanogenMod 12.1.

This build is not an official build, but is stable according to the developer. The only known bugs are with bluetooth not working and battery stats are not showing up. You will need to have TWRP installed on your Fire 7. Then simply install the rom and gapps! You will also need to flash SuperSu if you want to be rooted. Head to the link below for the rom download.

via XDA
You must log in or register to reply here.

Must Have Tool For Amazon 5th Gen Tablet!