When Beth Mezias lost her software job at Adobe Systems in a downsizing at the end of 2008, she surrendered her employer-issued iPhone and bought an Android phone instead. “And,” she said, “I got on the bandwagon.” 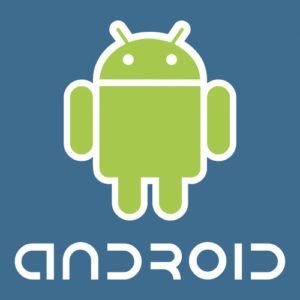 Eighteen months after Mezias hopped on the Android “bandwagon” — Google’s then-new mobile operating system — and began learning the software, she has four smartphone apps available for download in the Android Market. “I can’t say I’m making a ton of money on it,” she said, “but I am getting a lot of interest in my résumé.”

With sales of Android-powered smartphones surpassing Apple’s iPhone for the first time in 2010, an Android-powered Google TV built by Sony to hit the market late this year with a whole new set of app possibilities, and the potential for other new devices ranging from tablet computers to cars, the Android bandwagon is suddenly a heady ride — for developers, advertisers, smartphone manufacturers and other members of the Android “ecosystem.”

Android’s explosive growth is benefiting developers who find themselves in more demand and who make money when someone pays to download their app, or who get revenue from advertising that runs in a free app.

Manufacturers such as HTC are seeing their brand awareness boosted by its Android phones, and ad exchanges are serving more ads over Android phones. The Palo Alto-based mobile ad exchange Mobclix says ad publishers spent more money on the Android platform in the first half of 2010 than they did in all of 2009.

Google said in late June that about 160,000 new Android smartphones are being activated each day — for advertisers that equates to nearly two new sets of eyeballs every second — up from about 100,000 a month ago. There are now 60 Android-powered devices available in 49 countries, and the number of apps is growing by 30 percent each month.

For early adopters, that growth means their early bets on Android and Google are paying off.

“We wanted to be a bigger fish in a smaller pond,” Steve Brown, the CEO of San Francisco-based Snaptic, said of his company’s decision to enter the Android market early instead of trying to push into the more crowded iPhone app market. “But it’s turning into an ocean.”

Snaptic has seen more than 4 million downloads of its three most popular free Android apps, which include a compass and a notetaking app called 3banana, and says it is seeing a 20 percent monthly growth in downloads. Brown said the growth also means his competitors are proliferating.
“I’ve been in markets that were not growing, and when you are in one that’s growing every day, the whole energy level changes.

Stuff happens every day. You’re in a race. You can see your competitors and what they are doing,” Brown said. “Every day there are more downloads than the day before, and what that does is everybody has this feeling that things are happening — there is this constant sense of urgency.”

Another beneficiary of an early bet on Android is the Taiwanese smartphone manufacturer HTC, which built the first four Android devices and makes premium Android phones like Sprint’s Evo 4G.

“You are investing a lot of money, a lot of resources and a lot of effort into something completely unproven,” said Keith Nowak, an HTC spokesman, who said the partnership with Google has boosted HTC’s plans to raise awareness of its brand with consumers. “We saw a lot of potential, but there are graveyards of failed smartphone OSes out there.”
With about 70,000 apps, the Android Market still offers only about a third as many apps as the more than 200,000 in Apple’s App Store. The Android marketplace is also different in that the majority of the apps are free, while most in the Apple store come at a cost. While developers say the ability to make money through advertising or paid downloads has not yet matched iPhone, the gap is shrinking.

“Somewhere last fall, the developers I was talking to, they were starting to make money from advertising,” Brown said. “When you are making a few thousand dollars a month from advertising, that’s a living.”

The surge in advertising spending on Android — Mobclix says it grew 23 percent between the first and second quarters of 2010 — is also attracting developers who before were focused exclusively on the iPhone.

One of those is Garrett Dodge, co-founder of Appetyte, a San Francisco development company that makes an iPhone app called Fido Factor, a sort of Yelp for dogs that features user-generated listings of dog-friendly restaurants, parks and other services.

“Until recently, we didn’t think there was the same kind of adoption and use of Android apps as iPhone apps, and therefore it wasn’t attractive enough to invest the resources” to offer Android apps, Dodge said. But he’s now looking for developers to produce an Android version of Fido Factor, as well as versions of a new music app for both Android and iPhone that Dodge hopes will transform how people interact with music in public venues.

“We’re kind of at that tipping point of Android’s growth,” Dodge said. “I think the problem now is that the Android developer supply is outstripped by the demand, particularly for developers that have a track record.”

Dodge is not alone in seeking experienced Android developers. David Cao, organizer of the Silicon Valley Android Developers meet-up group, has been increasingly hearing from recruiters looking for good Android programmers over the past three months, including companies like Google, LG and Samsung.

One indication of the community’s growth is Cao’s meet-up membership — it has mushroomed to more than 1,400, from several hundred a year ago, and is attracting about 200 new members a month.
For Mezias, 43, deciding to learn Android software has been a great career move. One of her paid apps, “Alarmoid,” can schedule an Android phone to go silent at times so you don’t get those pre-dawn calls from the East Coast. A free app, Joker, delivers new jokes to a smartphone each day.

“I’m feeling the effects (of Android’s growth) because I bought in early,” she said. Indeed, a few minutes after completing an interview with a reporter at a recent developer meet-up in Mountain View, Mezias got an e-mail from a team of researchers at Stanford University who plan to use Android smartphones for health research. It was a job offer. She has accepted.

Mezias said that having friends at Google helped her see, even back in 2008, what Android might become. “It made sense to me to go into mobile. Mobile seemed to be ripe. You didn’t have to be a visionary to see it coming,” she said, “but I like to think I have good instincts.”

Sorry was in a hurry, fixed

But now the link isn't working, so take it for what its worth.

EDIT: Link fixed
Last edited: Jul 6, 2010
You must log in or register to reply here.

A
DOD considering Android smartphones for the battlefield