I am not sure who makes the HTC Incredible, anyone know for SURE?
Is it motorola, audiovox etc???

Thanks in advance...
DRB

I think its audiovox..

So HTC doesn't make their own phones?

Thanks for the quick reply...

Its apple :icon_ deal:.....all this lawsuit stuff is to make you think they hate each other.

It's HTC. The clue is that it's called the 'HTC Incredible'.


To the OP (all in fun) but really its safe to say HTC makes it. Now they may acquire parts that are made by a company owned by another company. But the final product is HTC. I know where you getting this from: 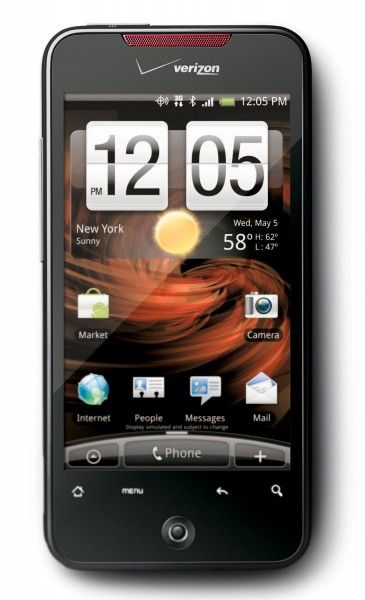 ​
Remember that Verizon closeout/phaseout list which featured the Droid Incredible? According to the latest rumors surrounding the delays of the device, the DI could have found its way onto that list because of a screen change which is apparently happening as you read this.
While the Samsung AMOLED screens sported by the Incredible are beautiful and a key selling feature, HTC is looking at the Sony Super TFT LCD as a replacement while they attempt to catch up with demand. HTC claims that there are “no discernible difference between the displays” and they even expect the change to fly under the radar.
We’ll be interested to see what these new LCD’s look like, especially out in the sun. We’ll also do what we can to try and get a hold of one so that we can put them through a side-by-side comparison to look for any dramatic differences.
And on a related note, we’ve been told that the Incredible is definitely not on a closeout schedule and we should instead expect a big ramp-up for the device once the shortages have disappeared.
Cheers to everyone who sent this in!
Source: Android Community
OP
D

thanks for the "thoughtful" replies ;-) ...being new to this forum, its nice to see there is a good sense of humor here...keep it coming.

That said, the reason i asked is my "HTC Incredible" took a swim yesterday and when i went through the online insurance BS to get a new one, there were no options for HTC, just Audiovox??
T

Looking at available insurance replacements has nothing to do with which company actually makes the handset. Some insurance programs will replace with whatever they happen to consider to be "equivalent".

You can always check the mfg's site. Audiovox lists its associated brands right there on the homepage. No HTC to be found.

HTC is actually an OEM for other companies as well as its own brand.
Last edited: Jun 28, 2010

OLED is about 75% thinner than a TFT LCD. There is no possible way they can fit a TFT screen in that phone. TFT screens require a backlight OLED (organic light emitting diode) is its own light source.

HTC is a Chinese company formed in 1997. They made phones for other companies until recently (they were the OEM), and have been quite successful creating their own technology, which is different for a Chinese company... as most just copy existing technology.

Welcome to Audiovox Corporation - based in Hauppauge, New York

They are most certainly NOT the same company. Especially if you consider that Audiovox has always been an American company, and HTC is a Chinese based company.

I know its old, semi irrelevent but HTC was audiovox before HTC.. when I wake up Ill dig further..

Audiovox wasnt a company known for 'high performance' and when companies change their names, its usually to try and 're-brand' themselves, get a new image, so its no surprise that being audiovox isnt something that HTC may particularly want to include in their 'About' section.
Last edited: Jun 28, 2010
You must log in or register to reply here.