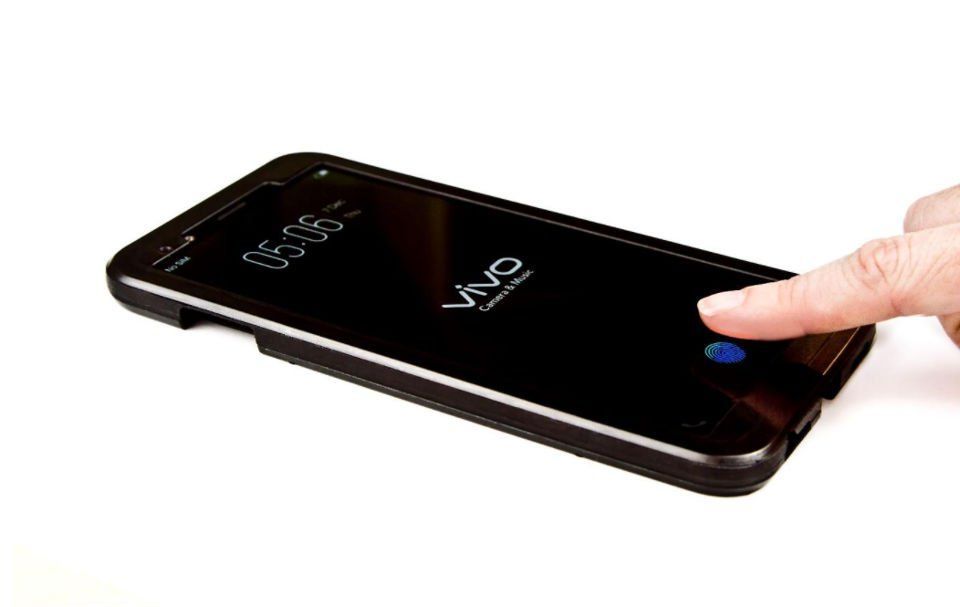 Earlier in the week Synaptics announced that they would be showing off their "Clear ID" fingerprint reader technology alongside a Top 5 OEM in a flagship device. The OEM that will show off their phone housing the tech will be Vivo. Forbes has already had a chance to go hands on with the device that includes Synaptics' Clear ID. The image shows that the scanner is embedded under the display and will work whether your finger is hot, cold, wet, or dry. The fingerprint scanner will be twice as fast as the iPhone X's 3D facial recognition. The Vivo phone shown off currently requires you to first wake the device before being able to use the fingerprint scanner which seems a bit clunky. Hopefully the process will be streamlined a bit before being shown off at CES. Since this is being incorporated in a Vivo phone we may not see it in the next wave of smartphones in the US. You can bet other OEMs with a stronger US presence won't be too far behind.

gotta wake up the phone first???? not too sure about that. seems to be a bit slower than the current scans.

Should be a feature that is available like the way Samsung has the AOD. That way you do not have to Wake it. Extra Step = Slower & Less Convenient.
You must log in or register to reply here.

Galaxy S8 Was Supposed To Come With An Optical Fingerprint Scanner

Note 9 Will Have A Display Embedded Fingerprint Scanner
2

PayPal and Samsung Partner Up for Fingerprint ID Payment Authentication