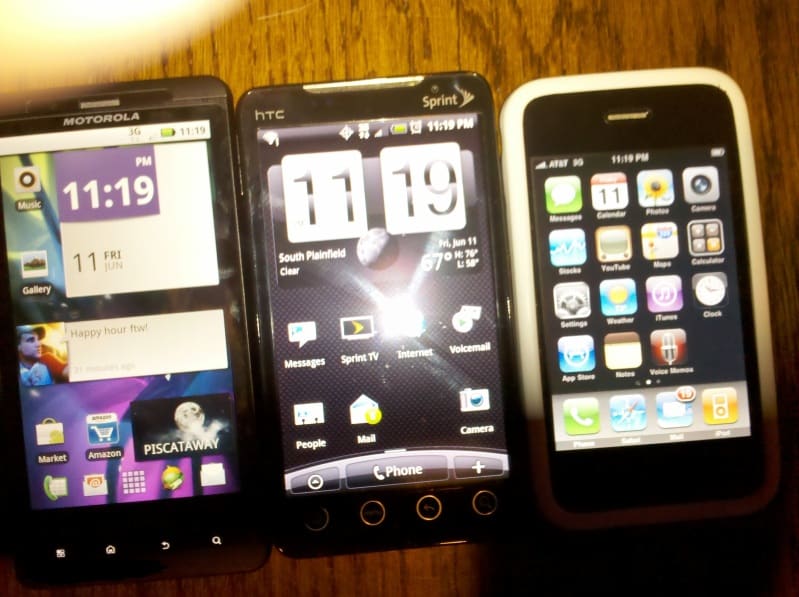 ​
New leaked photos of the Motorola Droid X confirm it will be the largest Android phone when it launches next month on Verizon. A lucky tester with access to the Droid X snapped some photos comparing it to several other phones, including the previous size king – the HTC EVO 4G.
Both the Droid X and EVO feature a 4.3 inch display, but the Droid X has a row of physical buttons across the bottom which take up more space and result in a taller phone. In my EVO review I wrote that 4.3 inches was the sweet spot for large smartphone displays, but I’m very anxious to get my hands on Droid X and see how it measures up.
The new pics also reveal some of the applications that might come preloaded with the device. We can see 3G Mobile Hotspot for tethering, Blockbuster for viewing movies, and DLNA for wirelessly streaming media to a HDTV.
Based on a lot of sources who wish to remain nameless, we fully expect the Droid X will feature the 720 MHz TI OMAP3630 processor. This CPU might have a lower clock speed than the 1 GHz Snapdragon, but early benchmarks of the Droid X (MB810) reveal it might be the faster platform. The OMAP3630 also includes a PowerVR SGX530 GPU which outperforms the Snapdragon Adreno graphics core.
Are you sold on the Droid X yet or is overall size a concern? 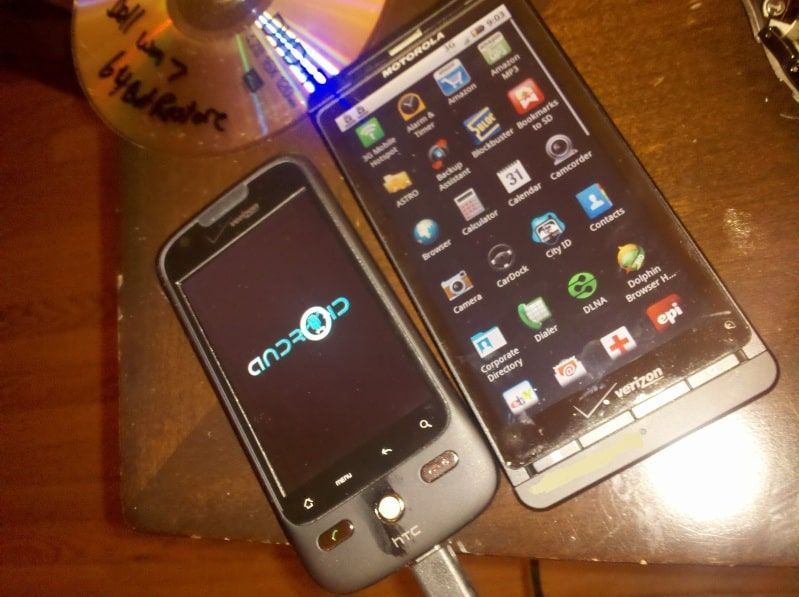 If I had my upgrade coming up I'd definitely take the Droid X.

Until now, I haven't been much bothered to think about upgrading from my Droid. I love it. Hell, I got it the day it came out and was on the local news and paper for it. ANYWAY. My only question would be does it have a physical keyboard? It wouldn't be a great issue with such a humongous display. I'm definitely going to prefer the external buttons being physical. Handing my phone to someone at the moment can be a ksetchy issue to the not so Droid familiar. Good 'ol Motorola, not just going with the industries favorite processor and going with TI's OMAP masterpieces. I definitely want it. Definitely, definitely, want it. The next iPhone has NOTHING on this.

Looking at this phone now makes me want one even more. I like my hard keyboard on my droid but I will split with it for this phone. It just looks so awesome.
L

i've read some places that it has motoblur and others it doesnt, if it doesnt have it i'm buying it day 1, if it does i'm waiting on the droid pro

2ghz processor and 'every smartphone feature crammed into the device' (forget what arcticle said this... I believe it was Moto's CEO.

I'll be waiting for this. My Droid already runs at/over 1ghz
OP

Does pro have a physical keyboard?

@Nightmares - since width and heigth of Droid are almost identical to iPhone 3G that pic should give you a good idea of size difference to the Droid.

@littlerick - the Droid X will have the newest version of Blur on it, dubbed Ninja Blur by some insiders. It is supposedly much improved but can be completely hidden if you want to.

@Martin - several insiders have stated the 2Ghz thing is a complete misquote and very wrong.

@shadez - I haven't read any specifics of note on the pro yet. No one has said whether it sports a keyboard or not. Only specific I have seen is that it will be the first android world phone for vzw.

I dunno. CK seems to be the man with any info regarding it
OP

I dunno. CK seems to be the man with any info regarding it
Click to expand...

But it seems that we are just moving closer and closer to putting a phone in a netbook.. size wise with the ever increasing screen sizes..
Last edited: Jun 13, 2010

I hate motoblur with a passion.

On a side note, any news on what battery will be powering this phone, I might have read 1500 somewhere but cannot remember.

I dunno. CK seems to be the man with any info regarding it
Click to expand...

But it seems that we are just moving closer and coser to putting a phone in a netbook.. size wise with the ever increasing screen sizes..
Click to expand...

Amazing that our Droid has a ton more computing power than desktops!
D


From what Moto's CEO saying it has everything crammed in... i would assume/ hope it does! I'm another droid user who loves the physical keyboard for typing e-mails or long txt msgs.

The Droid X is a sweet looking phone, not a fan of the Blur so I'll wait on the PRO.
OP

Martin030908 said:
I dunno. CK seems to be the man with any info regarding it
Click to expand...

lol I know, I was asking him.. not who Easy confusion tho

And wanted to ad the pic from the other thread of the X: 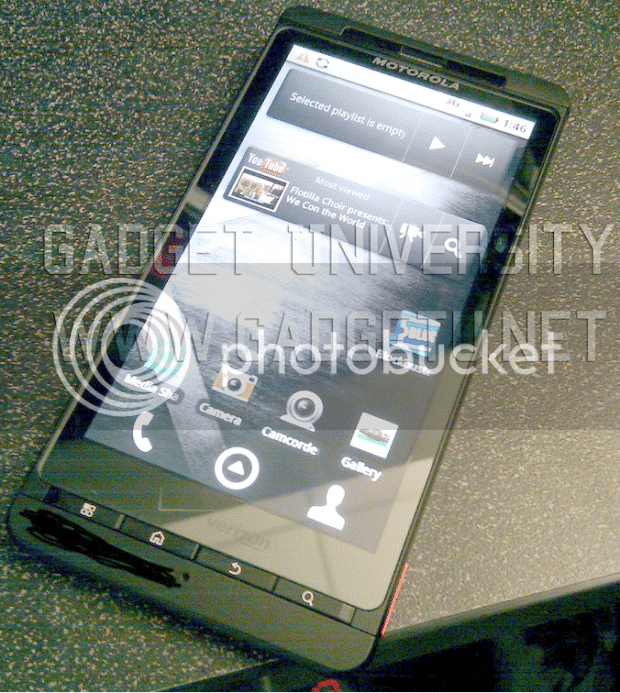