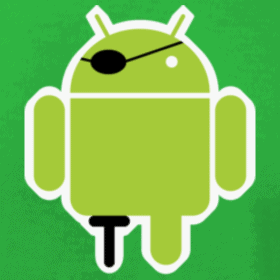 Music piracy has come to the phone – specifically the Android platform, which has begun harboring several apps designed to download songs directly to the phone.


Google, however, has apparently begun playing a sort of “whack-a-mole” with the apps themselves on the Android Marketplace, as copycat apps pop up and are quietly deleted. A representative for the company also defended the company’s policy of allowing developers to publish apps without prior Google approval.


The apps differ somewhat from traditional peer-to-peer apps like Limewire, Kazaa, or even BitTorrent files, in that only individual songs can be downloaded, instead of whole albums or even gigabytes of top hits compressed and stored in a .ZIP file. In 2006, Paul Jessop, the chief technology officer for the International Federation of the Phonographic Industry, told an audience of content executives that those who shared individual files were not worth the effort to try and track down and prosecute.


But none of the Android apps allow users to share songs; instead, the song is downloaded from either an anonymous location or an identifiable third-party server, such as the kite.zzdevelop.com server identified in the Music Zilla screenshot. Whether those files are actively being shared or simply scraped from hidden directories is unknown.


Once on the phone, however, those songs are typically stored on the phone’s flash card, and can be copied off the phone to a PC or another device.


In general, users that have downloaded the apps have been excited to find free music, based on the comments left on the app pages on the Android Market. The one drawback apparently has been the dearth of newly released music, which apparently hasn’t made it to the apps’ servers as yet.


Of the apps, all are free except for Pandemonium, from “Android Music,” which charges $2.99. “It’s like having an infinite iPod!” the app advertises.

Unlike Apple, which actively screens and approves apps, Google’s Android Market does no such thing. Google’s Android terms of service makes it clear that it does not typically monitor applications: “While Google does not intend, and does not undertake, to monitor the Products or their content…” section 7.2 of Google’s Android Developer Agreement begins.

However, if Google becomes aware that the app meets one of the following conditions, it may be taken down, the agreement adds: it violates the IP rights of a third party; it violates the law; is either pornographic, obscene, or violates Google’s hosting policies; is improperly distributed; contains malware or spyware, or impacts the integrity of Google’s servers.

The RIAA, meanwhile, has been on the case. “We are aware of those applications and others like them,” Liz Kennedy, deputy director of communications for the RIAA, said in a statement. “We have made Google aware of apps that violate the Google policy and promote illegal activity.”

Google representatives defended its open-door policy. “Android Market is an open distribution channel for mobile applications,” a spokeswoman for the company said in an emailed statement. “We want to reduce friction and remove barriers that make it difficult for developers to make apps available to users, so developers are free to upload their applications to Android market. Applications are not reviewed before appearing on the Market, but can be taken down if we are notified that they violate various policies. A developer must also agree to abide by our Developer Distribution Agreement and Content Policy in order to upload an application to Android Market.”


The applications appear to work either using Wi-Fi or by using the carrier network directly, where they would count against a user’s allocation of bandwidth. From a bandwidth perspective, however, the apps would mimic licensed music services such as Slacker and Rhapsody, which stream music over the network. Google’s proposed music service, announced at its Google I/O conference, would take that a step further by allowing users to stream their own music, stored on a connected home PC, to their phone.


In some cases, copycat apps have popped up, apparently sharing code. Music Wizard’s interface, for example, looks much like Music Zilla, even though the developers use different names. And Music Junk, an app which was available for download last week, disappeared by press time. But, based on comments on AndroidLib.com, Music Junk had apparently surfaced previously, most recently in Dec. 2009.
W

OMG what a super serious issue. Rich people are losing money, someone throw them some floaties so they don't get lost in their sea of tears!

No really, I keep a strong link between my droid and PC, and regularly download and stream music from my PC. I will always purchase an album to support a good artist, but these days it seems that one or two tracks from an album are worth listening to while the rest is pop-produced garbage. I will say that I haven't physically purchased an album in about 8 months.
J

That is a nice read. I don't see google becoming enforcement though. That is what makes google so good and free, but with that freedom, comes these other "issues." I don't really download music unless I pay for it, but I like my audio loss-less, and most of those apps in the market give a 200ish compressed kbps audio file, which to me, is low quality.

Just because it is there, doesn't mean you have to participate. No one can ever stop piracy/torrents/file-sharing as it is the "nature of things" and as soon as someone finds a successful block, someone will turn around and "defeat it" Mark Hachman.

A very old issue of technology that will migrate to new web portals. Besides, if google nailed/closed down the market, people could just visit the file-sharing website direct, and still download all those audio files for free, right to there mobile devices. The market apps are essentially "shortcuts" and aren't needed to accomplish free music downloads.

I don't use these programs , they don't find what you are looking for , the links usually won't work or the song is low quality . I usually use torrent-fu and download the whole high quality album from my favorite trackers , or access some mp3 download sites and get them from there . I know it's not moral and illegal but I don't care , I have over 1 TB of music and get around 20TB of movies and games every 6 months . I don't even watch all or play everything . From time to time , if I find something that I like I'll buy it , almost all the games that I bought have never been opened , I'm still playing the pirated copy )
OP

smokiedabong said:
I don't use these programs , they don't find what you are looking for , the links usually won't work or the song is low quality . I usually use torrent-fu and download the whole high quality album from my favorite trackers , or access some mp3 download sites and get them from there . I know it's not moral and illegal but I don't care , I have over 1 TB of music and get around 20TB of movies and games every 6 months . I don't even watch all or play everything . From time to time , if I find something that I like I'll buy it , almost all the games that I bought have never been opened , I'm still playing the pirated copy )
Click to expand...

I used one of the above mentioned apps, but only for music I've bought before. I work in the music industry, I figure that if they sell a "CD" or "CASSETTE" that you can take anywhere, that if I buy a file, I have the right to take it "Anywhere". Music isn't a consumable commodity, I mean, should you pay for a song or album for every device you want it on?

You did it with apps... but thats even coming to an end.
K

Two things bother me with a lot of the purchasing music model: 1) I don't want to be limited to how many times I can burn it or transfer it between computers. 2) it would take FOREVER to download the hundreds/thousands of songs I like individually.

I think the solution that would make everyone happy is to allow free downloads/play to internet enabled devices where you can track how many times/long something is played. Charge a steep monthly/annual subscription and then distribute profits to artists based on percentage of play. What would that be worth to you? $10-20 a month (that's like buying 10-20 albums a year)?

That would be A LOT of money the industry is not getting. I would think Pandora isn't far away from being able to do that (no idea if this is being pursued). The music industry has just been very very slow to embrace the potential of new media, instead viewing it as lost revenues rather than the potential revenue boon it could be. Heck isn't that (or used to be) almost the Napster model now? I think you pay a monthly fee and you can play stuff stored on your computer - but you couldn't transfer it to other media. All you need is to create a music player (ok, would require new encryption) to play the downloaded mp3's that could track how often stuff is played and send that over the internet periodically.
You must log in or register to reply here.