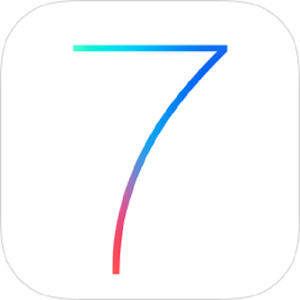 ​
Choices are always better than the alternative right? Here is a launcher that will give your Android device the look and feel of iOS 7. The iphone is becoming seemingly less and less popular. Even big time TV ads are beginning to use Galaxy and HTC devices in lieu of the iPhone. iOS has been stagnant ever since its inception as far as design has been concerned anyways. iOS 7 is different however. It brings a more modern look to the iPhone. I still feel like iOS 7 takes cues from Android, so if you ever had the desire to give iOS 7 a try this is about as close as it gets. 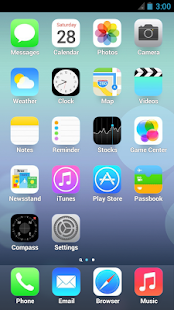 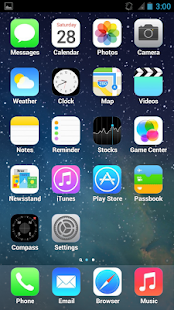 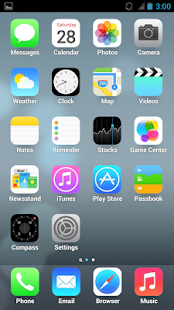 ​
iOS 7 launcher features include iOS 7 style animations, iOS 7 style icons, iOS 7 wallpaper, Dynamic calendar icon, Fast, Quick, and low memory, inclusion of an app folder, support for the Nexus 5 and more! Head to the Play Link below for the download.

Didn't Themer JUST get tossed for this?? (then reinstated, of course, when they removed the iOS theme)

Plus, don't we all have an Android phone for a reason? I don't understand why people want to make their Android phone look like an iPhone...

I personally think it looks tacky. Not very streamlined.

The school district I work for just ordered 15 new iPad Airs and I'm the unfortunate person that has to set up all new iPads. iOS 7 is horrible. Its so cluttered and it feels like they would rather cram everything into one page on screen then have their users scroll to find a setting. I dunno, its just bleh.

For me if I wanted the look I would just buy the phone.

Anyone here running this should be banned!

tgyberg said:
Anyone here running this should be banned!
Click to expand...

Tapped from a Moto X
K

You can do this with any launcher and an IOS-like icon pack. Not sure why you'd want to - the beauty of Android, IMO, is the widgets. The IOS is basically an ugly Android app drawer.
You must log in or register to reply here.

HOW TO Give Your Android Device The IOS 7 Look And Feel!
2

C Launcher Brings An IOS Look To Your Android, If You Are Into That Sort Of Thing