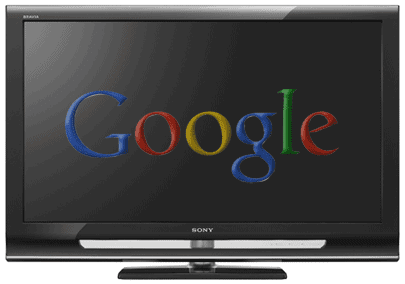 Android jumps into the television ring and partners with Intel and Sony smart TVs to debut a few TV devices this year. The TVs will be using the Intel Atom 1.2 GHz processor that powers most net books.

This processor will hopefully bring the Sony Smart TVs and Logitech Revue to a higher standard with a 1.2 GHz Intel Atom processor CE4100. The processor is designed to bring internet to TVs and DVD players and some media streaming devices. The Android devices in the market today run on an ARM-based processor so it will be interesting to see the 45nm System-on-Chip processor and how it handles the power of the internet on these Android TVs.

The Intel Atom processor will be coupled with Imagination Technologies PowerVR SGX535 graphics card which puts out rich OpenGL ES 2.0 graphics. The same PowerVR GPUs have been used in the Droid phones and Galaxy S phone handsets.

To some this may look like Google TVs can be called a simple gaming platform but with Adobe working with Google to bring Flash Player 10.1 to the CE4100 processor so most of the games will be flashed based. That makes sense since Google has invested $150 Million in the Social gaming company Zynga which is known for its flash based games. On the down side Google won’t be offering the market till next year.

Google TV Android Intel Video Demo | Androidheadlines.com
You must log in or register to reply here.

E
Intel ports Android to the Atom processor...what this might mean