Since there isn't a thread for this yet, I thought I'd make one. Please post any games you've tried and liked up here.

Here are my 2 recommendations:

What the Doodle and World of Photo

Two games I've found in the market that I find pretty entertaining. They rely on other android users so its a bit more social than other games.
S

Robo Defense is an excellent game, I can't stop playing it!!! Well worth the money. I tried the demo first and didn't think I would be into a game of it's kind but I ended up getting hooked and buying the full version lol.

Labyrinth lite is an awesome game. It really shows off how precise the accelerometer is. Simple, but it's a really great application. Just wishful there were more levels.
E

The best games I've played on the Droid are Buka and Totemo. I'm coming from an iPhone so I expect a high level of polish from my apps which both of those contain. Their UIs are great, graphics are very nice, and the sound is great. Buka is an action game that gets very hard and gets very hectic. Totemo is a great puzzle game.

I've played a ton of games on my Android and those two stand out to be the best for me. They're both made by the same company too. They have a third game on the Market too, but it's not very good. There are lite versions of Buka and Totemo also.
A

I am impressed that a game like Robo defense pulls in $4 a pop. The developer is making a crap load of money, and the majority of the code behind a game like that isn't too difficult. I read that many want tower defense like games, and it's on my todo list but it wont be for some time. lol.

theres a game in the market called "jewels" its a bejeweled nock off and runs like a champ no lag or slowness.
P

dannydoes said:
Labyrinth lite is an awesome game. It really shows off how precise the accelerometer is. Simple, but it's a really great application. Just wishful there were more levels.
Click to expand...


You could make some more up. Labyrinth Level Editor

best game for the droid is most definitely papi jump...so addicting and simple 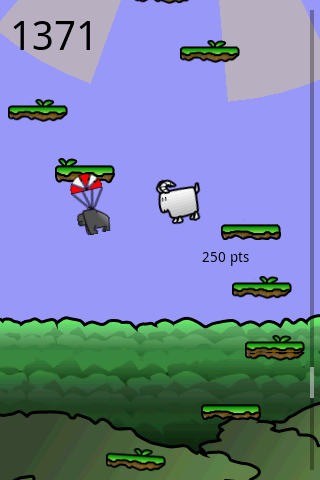 dannydoes said:
Labyrinth lite is an awesome game. It really shows off how precise the accelerometer is. Simple, but it's a really great application. Just wishful there were more levels.
Click to expand...


You could make some more up. Labyrinth Level Editor
Click to expand...

That's cool, will it work for the Android? and will it work on a Lite version?
You must log in or register to reply here.