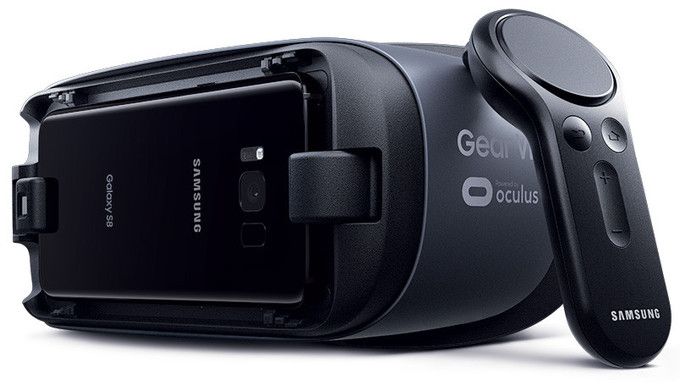 Like the new Galaxy S8 lineup the New Gear VR was announced yesterday with an all new design. The new Gear VR comes with an all new controller. Previous versions had a very basic controller mounted to the sides of the Gear VR. That control system was a bit clunky and hard to get used to. The new controller is motion sensitive with an accelerometer, gyroscope, and magnetic sensor on board. The controller also features a home, back, and volume buttons on the front and a trigger button on the back as well as a clickable trackpad. Two AAA batteries power the controller which gets 40 days of battery power. Oculus is on board with 70 new titles with support for the new controller coming soon.

You will be happy to know that Samsung has decided to offer the new Gear VR which retails for $129 with Galaxy S8 and S8 Plus pre-orders. Samsung has been doing different things to increase the value of their phones at launch for quite sometime. This was almost expected.