Cyanogen Mod 10.2 Release Candidate Is Now Available For Many Devices! 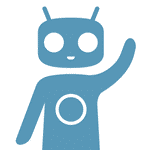 ​
Cyanogen Mod has become the go to source for the latest and greatest versions of Android for many devices including some devices that have been long forgotten by their carrier and manufacturer. Cyanogen Mod has released their first release candidate for CM 10.2 which brings Android 4.3 to many devices. Release Candidates are not stable builds but are a far cry from nightly builds. While nightly builds are great for crackflashers, they often introduce bugs that have to be squashed. RC's are the builds that are hand built by the development team with most bugs removed. This build should be much cleaner then the nightlies that have been available. As Cyanogen Mod wraps up development on Jelly Bean they will free up time to bring Kit Kat to more devices.

The turn around on 10.2 has been slower than we are used to, but i have a feeling that CM is possibly approaching releases more professionally then they have in the past. I think stability has become more important than speed and features, as they are approaching OEMs to put this rom on their devices. Head to the link below to download 10.2 for your device. Some devices are available now and more and more are being added as we speak.

Via Cyanogen.com
You must log in or register to reply here.

Cyanogen Mod Hits A Milestone In 4.3 Builds As Nightlies Begin To Roll Out!